The consumption of alcohol during pregnancy is one of the leading preventable causes of birth defects and childhood disabilities in the United States. The adverse effects associated with fetal alcohol syndrome (FAS) range from growth deficiency, brain structure and function anomalies, and abnormalities of the head and face. It is estimated that in 1992 the cost of treating FAS-affected infants, children, and adults was over $1.9 billion. The lifetime cost per child affected with FAS is estimated to be $1.4 million.

The Northwest Tribal FASD Project seeks to reduce the incidence of FASD and to assist tribal communities to improve the quality of life of those living with FASD.

This project is one of collaboration with NPAIHB member tribes in providing prevention education to tribal communities regarding the effects of fetal exposure to alcohol, as well as to gain skills in diagnosing FASD, and to develop support and protection for those community members already affected.
The deep impact of FASD within tribal communities has served to inform the design and delivery of the Northwest Tribal FASD project . It aims to develop pre and post diagnostic protocols that demonstrate that diagnosis is for identifying solutions that include community specific services.  All approaches and activities proceed in a culturally congruent context to create circles of collaborative care.  The project provides technical assistance to facilitate appropriate cognitive tailoring of behavioral health strategies. 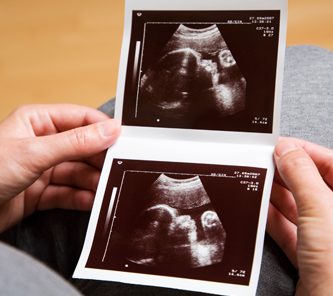 In 1981 the Surgeon General first advised that women should not drink alcoholic beverages during pregnancy because of the risk of birth defects.

Public law 100-690 was implemented in 1989, requiring warning labels on all alcoholic beverages sold in the United States.

Since 1990 the Dietary Guidelines for Americans have stated that women who are pregnant or planning to become pregnant should not drink alcohol.

As of 1998, 19 states require the posting of alcohol health warning signs where alcoholic beverages are sold.

In 1995, four times as many pregnant women frequently consumed alcohol as in 1991.5 Researchers speculate that the increase in alcohol consumption by pregnant women may be attributed to widespread reports on the health benefits of moderate drinking.6

A national survey found that more than half of women age 15-44 drank while pregnant.9

FAS is estimated to occur in 1 to 2 live births per every 1,000 in the United States each year.11

Fetal Alcohol Effects (a less severe set of alcohol-related abnormalities) is estimated to occur in 3-5 live births per every 1,000 in the United States each year.2, 11

FAS is not just a childhood disorder;13 exposure to alcohol as a fetus can cause a wide range of lifelong physical and mental disabilities.14

Fetal alcohol exposure may increase the risk for later alcohol, tobacco, and drug dependence in adults.15

Studies have shown that FAS is completely preventable and that the consumption of alcohol can result in lifelong physical and mental impairments on the fetus. Research suggests that all pregnant women should be screened for alcohol use during prenatal visits. Women who test positive, or prove to be at-risk, should be identified early by physicians and referred for counseling and treatment.16

A recent survey illustrated the need for physician education on “how much” alcohol consumption is “too much” during pregnancy. 41% of physicians placed the threshold for FAS at one to three drinks per day while 38% placed the threshold at one or fewer drinks per day.17 Both opinions directly contradict the Surgeon General’s advice that women not consume any alcoholic beverages during pregnancy because of the risk of birth defects.

Research by Abel suggests that the most effective public health strategy for reducing FAS is a combination of public health messages that target alcohol abuse, coupled with higher taxes on alcoholic beverages. Abel states that recent studies have shown that heavy drinking and binge drinking are sensitive to price changes, and that price elasticities are relatively high for heavy drinkers who are aware of the consequences of their drinking.18

Studies have shown that alcohol beverage warning labels have increased awareness of the risks involved with alcohol consumption during pregnancy.19 However, over time the alcohol warning labels have become commonplace, with the message often being overlooked. Changing the appearance (i.e., size, color, etc.) and rotating different warning labels on alcoholic beverage containers may help prolong awareness while eventually decreasing the number of women who expose their fetuses to alcohol.

Diabetes (also called diabetes mellitus) is a chronic disease usually characterized by very high levels of blood glucose (often called blood sugar).  There are two major types of diabetes, now called type 1 and type 2.  Although the two forms are different in many ways, the end result of both is high blood sugar and the long-term complications that result.

Over time, diabetes can damage nearly every tissue in the body and result in disastrous complications, including heart attacks, stroke, blindness, kidney failure, and amputations of toes, feet, or legs. Because of the risk of these complications, patients who have diabetes should have regular check-ups. The IHS Standards of Care for Patients with Type 2 Diabetes describe recommended checks in detail.

Prediabetes is a related condition in which blood sugar levels are high, but not as high as in diabetes. In 2006, the IHS released standards of care for prediabetes, including screening guidelines. Another related condition, gestational diabetes, sometimes develops in women during pregnancy. Although gestational diabetes usually goes away after the baby is born, a woman who has had it has a higher chance of developing type 2 diabetes later in life. With modest weight loss and regular physical activity, people can delay or prevent the onset of diabetes.

New and current project scope also includes the development of a new FASD manual on fetal alcohol spectrum disorders, addressing the needs of children, families, communities and providers within the context of collaborative circles of care. The manual will assist readers in identifying those providers and community resources that sit in the circle. Readers will be able to define both individualized and cooperative strategies for success and provide interventions and strategies from both a developmental and culturally congruent perspective.

Beyond The Gloom & Doom by Suzanne L.B. Kuerschner, MEd

Alcohol and the Fetus by Carolyn Hartness

Weaving a Resilient Basket of
Hope

In the fall of 2011 the Federal Intercoordinating Committee on Fetal Alcohol Spectrum Disorders (ICCFASD) held a consensus development style conference to ascertain whether there was sufficient evidence to encourage screening and diagnosis (or referral for diagnosis) of Alcohol-Related Neurodevelopment Disorder (ARND) in pediatric practice and other primary care settings.  The ICCFASD, NIAAA, CDC, and AAP assembled a broad-based, independent, knowledgeable panel of 13 unbiased critical thinkers to listen to presentations and evaluate evidence presented by experts in the field.  Clinical and research experts on FASD presented relevant evidence over a two day period.  On the last day of the Conference, the panel announced recommendations based on the testimony presented.
Attached is the Panel’s Consensus Statement on Recognizing Alcohol-Related Neurodevelopment Disorder in Primary HealthCare of Children.
Please pass this information on to others whom you think may be interested.
Also, please visit the ICCFASD website athttp://www.niaaa.nih.gov/AboutNIAAA/Interagency/Pages/default.aspx for additional information on this event, and for additional information on FASD (resources, publications, brochures, fact sheets) alcohol abuse, and alcohol-related issues.

Questions? Feel free to email the program contacts, or submit an Inquiry Form.