The Lower Elwha Health Department continues to provide quality health care to members of the Lower Elwha Klallam Tribe, members of neighboring tribes living in the Klallam service territory, and non-Indian patients who are covered by state-subsidized insurance and unable to obtain health care from local providers.

The Lower Elwha Health Clinic is a primary care clinic specializing in continuing and comprehensive health care for individuals of all ages and their families. Medical services provided include:
Evaluation and treatment of acute and chronic illness and injuries
Cancer Screenings
Health Risk Assessment Exams
Family planning services
Pediatric services
In addition to these provided services, the clinic works closely with other physicians in the region and community to provide medical and surgical specialty referrals for appropriate conditions.

The tribal clinic is located in the Tribal Center building with 1200 SF for medical services and 450 SF for mental health and social services. The Tribe operates several health care programs under a P.L. 93-638, Title I contract with the IHS. The Lower Elwha Klallam Tribe contracts under the 413 amendments of P.L. 93-638 for its area and headquarters shares. These programs include medical and dental care, community health nurse, community health representative, chemical 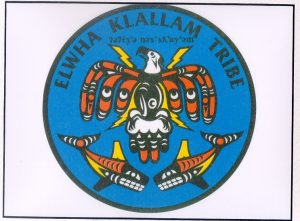 dependency, mental health and contract health services. Dental services are provided in an IHS owned modular two chair dental clinic with 660 SF purchased in the 1970’s. Health services are provided by a family practice physician (.8 time), a nurse practitioner (.8 time), and a dentist (.6 time). The clinic had a total of 5,300 patient visits in FY 1996. The Tribe’s Contract Health Service Delivery Area (CHSDA) is Clallam County. The Tribe has an enrolled population of 638 and there are 1,149 Indians living on or near the Reservation. The active heath clinic user population is 941. The leading causes of death are heart disease, cerebrovascular disease, cirrhosis of the liver, malignant neoplasm, and motor vehicle and other accidents.

The Lower Elwha Klallam Tribe (Nəxʷsƛ̕ áy̕əm “strong people”) is a federally recognized Native American nation in the Pacific Northwest of the United States. The tribe is part of the larger Klallam culture, part of the Coast Salish peoples.

This Tribe has its own constitution and government. Not only does the Tribe govern itself, but many Tribal administrative departments oversee the everyday function of the reservation and provide for Tribal members. The Tribe’s current land base was initially acquired by the United States in trust for the Tribe in 1935-36 and these lands were proclaimed as the Lower Elwha Reservation in 1968. The Lower Elwha Klallam Tribe is one of the four Klallam peoples, who are based in the Pacific Northwest of the United States. Their historic territory was in the northeast of the Olympic Peninsula, approximately from the Hoko River to the Strait of Juan de Fuca.

In historic and ancient times, the Lower Elwha Klallam occupied several villages along the Elwha River, including on the bay sheltered by Ediz Hook, the area of present-day Port Angeles. They claimed a rock along the river as their creation site, calling it a word that in Klallam means coiled basket, for its shape. This was known as the place where the Creator “bathed and blessed the Klallam people and other tribes,” according to Jamie Valadez, a Klallam language instructor. It was known as a place for vision quests. This site was submerged under a lake created by construction of the Elwha Dam in 1913. Tribal members recounted it to anthropologists and other researchers in the early 20th century.
In the late 18th and 19th centuries, the Tribe suffered high fatalities from infectious diseases carried from European traders, as they had no immunity to these new diseases, such as smallpox and measles. Their numbers were markedly reduced by the late 19th century.
The Lower Elwha Klallam Tribe was recognized by the United States in the 1855 Point No Point Treaty. In the 20th century, the federal government bought land outside Port Angeles and persuaded the tribe to relocate there in 1935-36 from their property in the city, to allow for industrial development along the waterfront. In 1968 the land at the mouth of the Elwha River was designated as the Lower Elwha Reservation.

In August 2003 the site of an ancient Klallam village, Tse-whit-zen, was discovered during a construction project on former tribal land in the city. The significance of the nearly intact village site, hundreds of human remains, and thousands of artifacts led to the state abandoning the construction project at that site. Based on radiocarbon dating, the village site appears to have been occupied for nearly 2700 years. The Lower Elwha Klallam lived there until the 1930s, when the federal government persuaded them to move outside the city to a reservation four miles west. The state has since returned 10 acres of land to the Tribe and leased it another 6 acres.

The Tribe traditionally spoke the Klallam language, one related to other Coast Salish languages. In projects already underway, a Klallam dictionary was published in 2012, with major contributions by tribal elders such as Adeline Smith. Language classes are reviving use of Klallam.

The Lower Elwha Klallam Tribe is a sovereign, federally recognized Indian Nation, with its own constitution and government. The Lower Elwha Tribal Council, or Business Committee, which consists of five elected officials serving staggering three-year-terms, governs the Tribe.