The Muckleshoot Health and Wellness Center [HWC] in Auburn WA is a Tribal clinic located in a rural community on the Muckleshoot Indian Reservation. There is 3,920 square feet of medical/pharmacy space. The program is operated under a PL 93-638, Title 1 contact with the Indian Health Service. The Muckleshoot Tribe contracts under the 413 amendments of PL 93-638 for it’s area and headquarter shares. The clinic bills private insurance, Medicare and 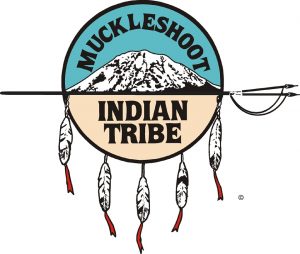 The HWC provides Medical, Dental, Optical, Pharmacy, and Fitness exclusively to the Native population in King County [CHSDA]. The Dental clinic currently averages about 240 visits per month, with increasing number of visits yearly. Full-time staff consists of 3 Dentists, 1 Hygienist, 4 Dental Asst. & 3 Admin/Receptionist. They are currently using paper charting, but use IHS EHR for prescription medications and IHS Scheduling GUI package and bill through RPMS TPB. The Dental clinic receives IT tech support through the HWC Administration. The Muckleshoot Dental clinic has been updated to include 13 operatories with PCs and wired network serving 11 stations. 3 of the operatories are quiet rooms where Nitrous Oxide is administered. Muckleshoot has Digital X-Ray with Patterson Imaging software, Electronic Anesthesia, and Laser cavity detection.

The Muckleshoot Optical specializes in comprehensive chronic and acute conditions of the eye. Using the latest and advanced technology, helps provide the most comprehensive quality eye care available. A licensed Optician is committed to perfectly fitting eyewear which allows for the best vision and comfort. Muckleshoot Optical has teamed up with the most prestigious optical companies in the Northwest that provide custom tailored lenses for each individual.

Like all native people of Western Washington, Muckleshoot ancestors depended on fish, animal, and plant resources and traveled widely to harvest these resources. In the winter when travel was difficult they lived in villages along the region’s watercourses relying upon stored foods and local resources. In the summer they dispersed and moved to summer camps and resource gathering areas, where they joined with families from other winter villages in fishing, clamming, hunting, gathering, and other pursuits.

Village groups were linked by ties of marriage, joint feasting, ceremonies, commerce, and use of common territory. This network of kinship ties in addition to tying together ancestral Muckleshoot villages within the Duwamish watershed, extended across watersheds and east of the Cascade Crest. While downriver people intermarried with the Suquamish and other groups along the Sound, people on the upper reaches of the drainages also intermarried with groups east of the Cascade Mountains. This network of family ties gave Muckleshoot ancestors access to fishing, hunting, and gathering sites throughout a broad area, extending from the west side of Puget Sound across the Cascade Crest.

The Reservation is small and lies along the White River and State Road 164 southeast of Auburn, WA. The Muckleshoot are a Lushootseed Native American tribe, part of the Coast Salish peoples of the Pacific Northwest whose traditional territory and reservations is located in the area of Auburn, Washington, about 15 miles northeast of Tacoma and 35 miles southeast of Seattle. Most Muckleshoots now live on or near the 6.128 sq mi Muckleshoot Reservation, between the White and Green rivers southeast of the city of Auburn (at 47°15′43″N 122°08′45″W in King County and Pierce County). With an approximate population of more than 3,000, the Muckleshoots are one of the largest Native American groups in Washington State. The 2000 census reported a resident population of 3,606 on reservation land, and 28.65 percent reported solely Native American heritage. The city of Auburn extends onto much of the reservation’s land, and includes 72.6 percent of the reservation’s population.

Whulshootseed (xʷəlšuʔcid), also called Twulshootseed, is a Native American language in Washington, which was spoken by the Muckleshoot, Puyallup, Suquamish, Duwamish, Nisqually, and Squaxin Island tribes. Whulshootseed is a southern dialect of Lushootseed, which is part of the Coast Salish language group.

The Muckleshoot language is a dialect of Puget Salish, or whulshootseed. It belongs to the eastern Puget Sound group along with Nisqually, Puyallup, Suquamish, Duwamish, Squaxin, Stillaquamish, Snoqualmie, Skykomish, Snohomish, and Skajit. In addition, many Lummi, Nooksack, and Twana also knew the language. All of these areas now use English instead of their native languages, but some of the elders are beginning to teach the native language to the younger people.
The native language is quite different from the English, containing several sounds without English equivalent letters. Also, one native word can mean an entire sentence or concept in English. The alphabet consists of 41 sounds.

Because of the many different languages and because trade was carried on among several different tribes, the Chinook trade jargon grew. It contained the most easily understood or most used words from all different languages. As the influx of French and English speaking people grew, so also the jargon grew. This language, or jargon, was never meant to replace a language, but merely for use in facilitating trade. Perhaps if the ethnic balance had remained the same, with some modifications, Chinook could have become the universal language of the northwest.

The native Indian language was historically an oral language, having no written form. Between 1962 and 1974, Thom Hess from the Department of Linguistics, University of Victoria, Canada, worked with Earnie Barr, Eva Jerry, Bertha McJoe, Bernice Tanewasha, and Ellen Williams, all from Muckleshoot, and succeeded in converting the oral language to a written form. Because of the efforts of this group, the Muckleshoot language will not become a forgotten language.

The tribe levies taxes on liquor which goes into general funds for members and into a fund for land acquisition. They also have a business licensing, zoning, a land-use ordinance, and water code and run a bingo operation. The tribe was denied a land claim in the Court of Claims in a suit Duwamish Indians vs. U.S. It was denied on grounds that the U.S. had no basis on which to award judgement because they had no treaty with them. However the Indian Claims Commission found that the tribe had 101,620 acres of aboriginal land valued at $86,377. On March 8, 1959 the commission ordered they be awarded that amount. As of 1975 there were 1,201.26 acres of trust land on the reservation.

The Muckleshoot Indian Tribe has acquired 96,307 acres of forest in King, Pierce and Lewis counties for just over $313 million, its largest land purchase ever.
The transaction has both economic and cultural importance for the tribe, which bought the land from a partnership run by Boston-based investment manager Hancock Natural Resource Group

“This acquisition is another important step toward the Tribe’s goals of increasing our land base, reacquiring portions of our homeland and diversifying our economy,” said Muckleshoot Tribal Council Chairwoman Virginia Cross in a statement.
Cross said the Muckleshoots will manage the land “for the primary purpose of long-term sustainable timber harvest, while preserving natural values including fish and wildlife habitat, plant resources and areas of cultural importance.
The Muckleshoots, with 2,317 tribal members, have been successful in diversifying its assets beyond its 3,860-acre reservation and its Auburn casino, considered one of the top three tribal casinos in the state.
The tribe has invested in the Four Seasons Hotel and Residences in downtown Seattle. In 2007, it paid $62.5 million for the Salish Lodge & Spa overlooking Snoqualmie Falls, which hotel experts say still holds the price-per-room record in the Seattle area.
In recording the land sales, the tribe notified King County officials it plans to continue using the forestland for timber production.

The city of Auburn has a population of 73,000. King County is the largest and most populated county within the state of Washington.

The Muckleshoot constitution, adopted in 1936 and ratified in 1941, determined that the tribe would be governed by a Muckleshoot Tribal Council of nine elected members. This Council is subject, in turn, to a General Council, consisting of all members of the tribe.