The suicide prevention project at the NPAIHB is THRIVE which stands for Tribal Health: Reaching out InVolves Everyone. THRIVE works to reduce suicide rates among American Indians and Alaska Natives living in the Pacific Northwest by increasing tribal capacity to prevent suicide and by improving regional collaborations. Staff provides programmatic technical assistance, suicide prevention training, and resources to the Northwest Tribes. Specific project activities include:

“The Zero Suicide Model relies on a system-wide approach to improve outcomes and close gaps. Success is achieved when clinical teams embrace the understanding that suicide deaths are preventable in their organization; and when patients feel comfortable disclosing suicide risk and work with clinic staff to lower that risk. The Model is based on the realization that suicidal individuals often fall through multiple cracks in a fragmented and sometimes distracted health care system, and on the premise that a systematic approach to quality improvement is necessary” (sprc.org). THRIVE currently has three tribal pilot clinics implementing the ZS model and are recruiting additional sites to receive a site-specific ZS training in 2016.

Project staff can facilitate trainings and presentations around the topic of suicide and are trainers of a couple of popular suicide intervention gatekeeper trainings. The two trainings we currently can offer at low- or no-cost are QPR (Question Persuade Refer) and ASIST (Applied Suicide Intervention Skills Training). To request a training or presentation please contact project staff, Colbie Caughlan at ccaughlan@npaihb.org.

Several learning and health communication theories support the use of culturally-tailored media to increase behavior change. Tailored information is more likely to be read, understood, perceived as personally relevant, and remembered. Cultural tailoring is particularly important when addressing sensitive health topics, like suicide and sexual health. To view the social marketing campaigns please check out the Social Marketing Campaigns webpage.

This annual summer conference is for Native youth ages 13-19 from all over Indian Country. The conference brings youth together to learn about health promotion and disease prevention with a strong focus on suicide prevention and mental health. To learn more about the 2023 THRIVE Conference please scroll down and view the “THRIVE Conference” tab.

For Email Marketing you can trust. 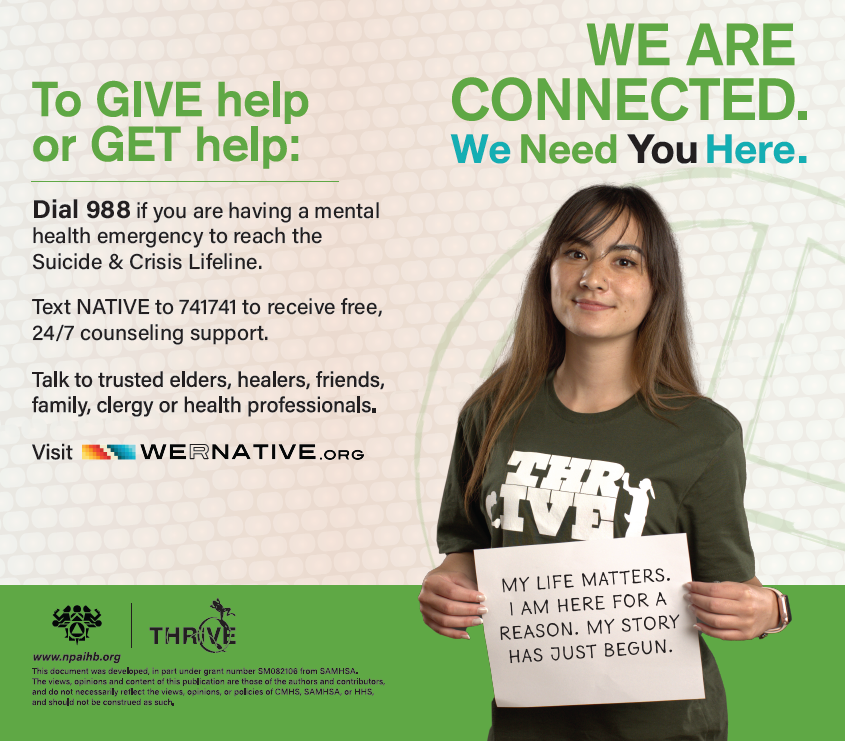 Project activities are funded by the SAMHSA Garrett Lee Smith youth suicide prevention grant awarded in June 2019. THRIVE does not currently have funding for Tribal Cooperative Grants but please check back every couple of months to see if there is an update. If you need assistance with honoraria, incentives, training materials, etc. please contact Colbie Caughlan (ccaughlan@npaihb.org or 503-416-3284) to ask if THRIVE can help provide smaller materials for your event(s). Thank you!

Suicide is a sensitive issue, but one that is of great concern to many American Indian and Alaska Native (AI/AN) communities. Data suggest that suicide is a significant problem throughout Indian Country, particularly among Native youth, males, veterans, and elders. From 2002-2006, the average suicide death rate was highest among AI/AN aged 10-24 years at 27.72 cases per 100,000. In the Northwest (ID, OR, and WA), suicide is the 8th leading cause of death for AI/AN people and the 2nd leading cause of death for AI/ANs ages 15-24 years (this is the same for AI/AN youth throughout the U.S.).

At the state level, annual suicide rates for AI/AN tend to fluctuate widely because the actual number of deaths each year is relatively small.  For example, an average of 20 AI/AN suicides occur in Washington each year, 6 in Oregon, and 4 in Idaho. While males typically complete suicide more often than women, studies suggest that women actually attempt suicide more frequently than men. This pattern is also present among AI/ANs in the Pacific Northwest.

Data on suicide risk factors and attempts, as opposed to mortality, are available from a variety of sources, including the CDC’s Behavioral Risk Factor Surveillance System (BRFSS) and the Youth Risk Behavior Survey (YRBS).  Data from these sources and other studies have found that several factors can put a person at higher risk for attempting suicide, including: – Previous suicide attempt(s) – History of depression – Alcohol or drug abuse – Family history of suicide or violence – Physical illness – Feeling alone. Additional research is needed to identify and explore the culturally unique factors that affect AI/ANs.

There are also protective factors against suicide attempts among AI/ANs. They include:

Oregon Native Youth Risk Survey. The Oregon Native Youth Survey (ONYS) is based upon the Oregon Healthy Teen survey (which is made up of the Youth Risk Behavior Survey and the Student Drug Use Survey), the Communities That Care (CTC) survey (developed by Hawkins and Catalano at UW Seattle), and the Voices of Indian Teens survey (Dr. Spero Manson, PI). Native American Rehabilitation Association (NARA), which has been using the survey tool, added a peer suicide knowledge section from the Lifelines PreTest Questionnaire and additional questions about protective factors based on the concept of resiliency. The survey was also reviewed for cultural appropriateness by a cultural advisory team at NARA-NW. NARA has been granted permission to use parts/all of these surveys and/or they are public domain. The second to last question (#108) is meant to be tailored to the particular Tribe or community it will be implemented in. The ONYS is also designed to be used along with focus groups for a better understanding of how the actual intervention activities are experienced by the youth. Folks are welcome to tweak and perfect (and share their tweaking with us, please!). Please contact Tamara Perkins, of NPC Research, with any questions. NPC Research would be most interested in contracting with interested communities to work on implementation and analysis. Tamara Perkins – perkins@npcresearch.com – http://www.npcresearch.com

Resource and Patient Management System (RPMS) RPMS is a computerized Health Information System that has been used by most Indian health care programs since the 1980s. RPMS is a comprehensive suite of packages with many outstanding features that are useful for the daily management of patients. Although RPMS has a vast amount of data on the health status of individual patients, a detailed analysis of its usefulness and accuracy for surveillance has not been done. The EpiCenter has recently been invited by the national IHS Epidemiology Program to enter into a contract to do such an analysis. IHS’s suicide surveillance tool and measure, available through the RPMS Information on IHS ‘s Suicide RPMS package

If you would like to request a suicide prevention training for your Tribe or Tribal staff in WA, OR, or ID, please contact Maleah Nore at mnore@npaihb.org. Three different trainings are available as well as suicide prevention presentations or awareness activities:

Recently the THRIVE team hosted a webinar to introduce the Zero Suicide model to new staff at the clinics we are assisting with Zero Suicide implementation. Feel free to check this webinar out and learn about the model! 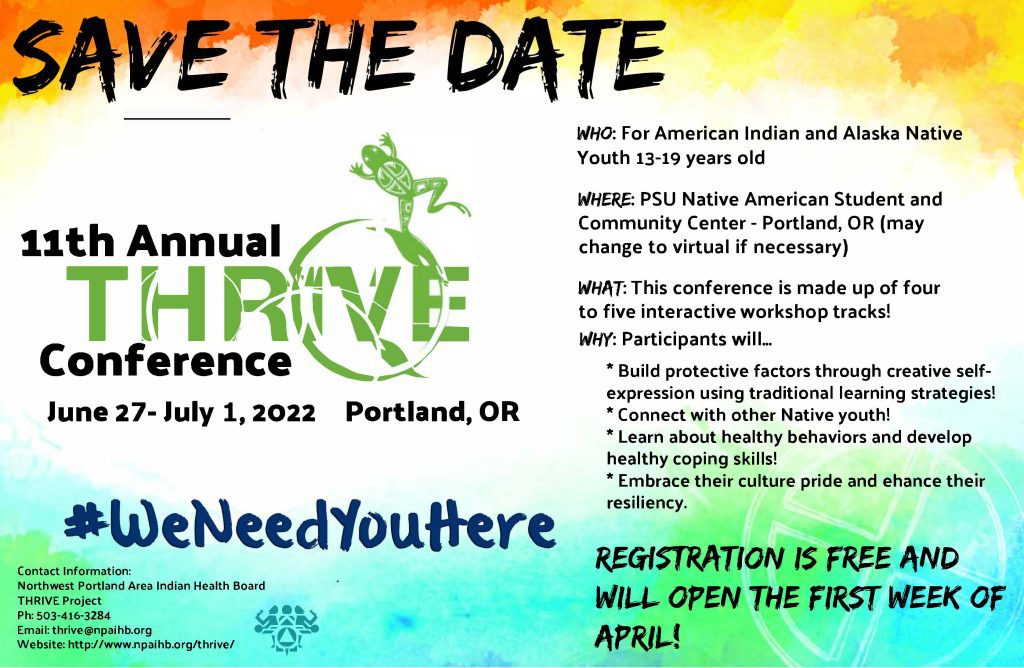 Check out the evaluation reports from past THRIVE conferences!

Save the Date for the 11th Annual THRIVE Youth Conference!

THRIVE staff would like to say “thank you” to all the partners, facilitators, presenters, volunteers, staff, and chaperones who took the time to invest in these talented youth over the years!

Check out these great memories as youth participants have positively expressed themselves through 4-5 interactive workshops that incorporated AI/AN culture, traditional learning strategies, skill-building activities, and tips on healthy decision making.

Presented to you by THRIVE, with funding from the Garrett Lee Smith youth suicide prevention grant from SAMHSA and the MSPI grant from the Indian Health Service.

Youth created four meaningful social marketing campaigns by creating their own logos using digital designs inspired by the environment, culture, body and mind. Native youth amplified the advocacy for Missing and Murdered Indigenous Women, honoring tribal elders and sharing teaching passed down to them, reclaiming tribal identity through their ancestors, and being mindful of the environment and mother earth. 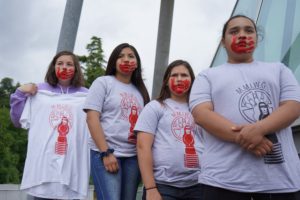 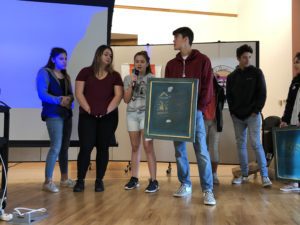 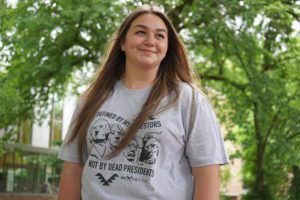 The Beats, Lyrics, Leaders (BLL) music track lead by recording artist J Ross Parrelli and a team of talented mentors guided youth to share their powerful voices and stories. Each participant created their own musical lyrics, created their own beats and rhythms, engaged in public speaking, and collaborate in developing an electrifying music video called “So Native.” This unified video is very powerful in sharing their culture pride and resiliency. 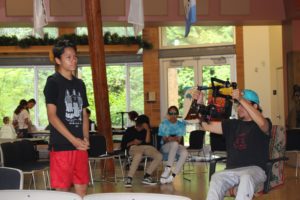 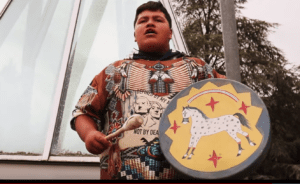 Youth developed a graphic novel using indigenous storytelling, the Trickster story to discuss and learn the impact of substance abuse disorder and addiction in Native communities. Each story represented oral teachings from their respective communities passed from generation to generation. 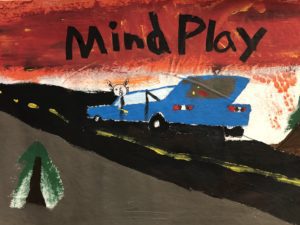 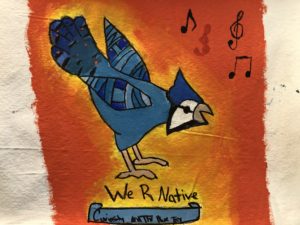 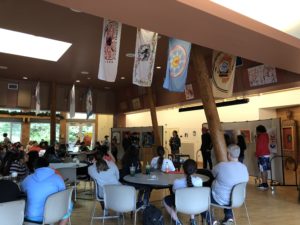 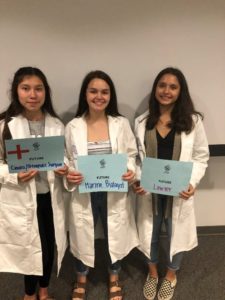 After a Suicide Loss

When someone dies by suicide, many others are deeply affected. It can begin with family and those closest to the person who took their life and then the impact spreads outward to others such as friends, witnesses, first responders, treatment providers, and colleagues. According to the National Alliance on Mental Illness (NAMI), postvention is activities which reduce risk and promote healing after a suicide death. Although postvention is done after a suicide it is important that we prepare for postvention before a suicide.

The list of resources below include information appropriate for particular settings: