Health services are provided at ambulatory clinics located in three tribal districts, Nespelem, Inchelium, and Omak. The largest program is the Colville Health center in Nespelem, a 17,110 SF Indian Health Service facility constructed in 1934. This clinic provides a wide range of family practice oriented medical, dental and optometry services. The Nespelem clinic employs three primary care physicians of which 2 are full-time federal employees and the third being a contractual arrangement with the 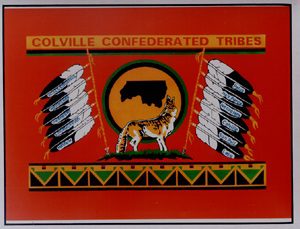 Coulee Community Hospital, two mid-level medical providers, two dentists, 1 full time and the other is on a Personal Services Contract, four full time Registered Nurses, one LPN and one public health nurse. The clinic is AAAHC accredited and bills for services provided to patients who are Medicaid or Medicare eligible or who have private insurance coverage. The Colville Indian Health Service also operates a satellite Dental Facility out of the Community Center located in Omak on the northwestern side of the Colville Indian Reservation. They are also in the process of opening a satellite pharmacy, which should be fully operational by the middle of FY02. The Clinic had a total of 33,651 ambulatory visits in FY01. The Colville Tribes operates a smaller health clinic in Inchelium. The 4,864 SF clinic in Inchelium was built in the 1970s and provides medical, dental and optometry services on a full-time basis. Inchelium had 4,360 primary care patient visits and 6,213 other patient visits for a total of 10,573 patient visits in FY2001.

The Colville Tribes also operates a number of health programs under P.L.93-638, Title I contracts with the Indian Health Services. These programs include community health nursing, community health representatives, nutrition, health education, mental health, social services, alcohol and substance abuse counseling, environmental health, and emergency medical services. The Tribes also operate a WIC program and a maternal support services project with non-IHS funding. Since 1981, the tribes has owned and operated a long term care facility in Nespelem. With 52 beds the Colville Convalescent Center provides residential care for reservation elders. The Tribe Center is supported by Medicaid reimbursement, private pay, and tribal funds. The Tribe’s Contract Health Service (CHS) program is operated by the Indian Health Services from the clinic in Nespelem. The Tribe’s Contract Health Service Delivery Area (CHSDA) includes Chelan, Douglas, Ferry, grant, Lincoln, Okanogan, and Stevens counties. The enrolled tribal population is 8,507 and with 50% living on or near the reservation. There are 13,355 registered patients, and 7,826 active users in the Colville Service Unit. The leading causes of death are heart disease, malignant neoplasm, motor vehicle accident, cerebrovascular disease, and cirrhosis of the liver. Clients have to travel two hours each way to Spokane or Wenatchee for specialized health services.

The Colville people are the descendants of 12 bands of Indians that were settled on the Colville Reservation. These bands are the Colville, Chelan, Methow, Okanogan, San Poil, Arrow Lakes, Nespelem, Nez Perce, Palouse, Moses, Entiat, and Wenatchee. The Colville Indian Reservation was created by Executive Order of President Grant in 1872 and was originally twice as large as it is today. The reservation consists of tribally owned lands held in federal trust status for the Confederated Tribes, land owned by individual Colville tribal members, most of which is held in federal trust status, and land owned by others, described as fee property and taxable by counties.

The name Colville comes from association with Fort Colville, named after Andrew Colvile of the Hudson’s Bay Company. Earlier, outsiders often named the Colville Scheulpi or Chualpay; the French traders called them Les Chaudières (“the Kettles”) in reference to Kettle Falls. The tribe was originally located in eastern Washington on the Colville River and the area of the Columbia River between Kettle Falls and the town of Hunters. The tribe’s history is tied with Kettle Falls, an important salmon fishing resource, and an important post of the Hudson’s Bay Company, which brought the advantages and disadvantages of contact with people of European heritage. In 1846, the Jesuit St. Paul’s Mission was established. Through its influence nearly all the upper Columbia tribes were Christianized. In 1872, the Colville tribe was relocated to the Colville Indian Reservation.

Prior to the influx of Canadians and Europeans in the mid-1850’s the ancestors of the 12 aboriginal tribes were nomadic, following the seasons of nature and their sources of food. Their aboriginal territories were grouped primarily around waterways such as the Columbia River, the San Poil River, the Okanogan River, the Snake River and the Wallowa River. Many tribal ancestors traveled throughout their aboriginal territories and other areas in the Northwest (including Canada), gathering with other native peoples for traditional activities such as food harvesting, feasting, trading, and celebrations that included sports and gambling. Their lives were tied to the cycles of nature both spiritually and traditionally.

Most of the bands spoke a Salish or Sahaptin language, including nsalxcln, nhamcin, and nimipu.

In addition, the Confederated Tribes have chartered its own corporation, the Colville Tribal Enterprise Corporation (CTEC), which oversees several enterprise divisions including a gaming division and three casinos. The Corporation employs several hundred permanent and part-time employees. The work force is composed primarily of Colville tribal members and non-tribal members from the communities where the enterprises are located.

The Confederated Tribes operates on a yearly budget which is financed primarily from revenues generated from the sale of the Tribes timber products and from other sources including federal, state and private contributions.

Primary industries of both counties include wood products, agriculture and in Ferry County, mining.

A 14 member council elected for two-year terms conducts tribal business. The Chairman, Vice-Chairman, and Secretary are selected from this body and committees are appointed from council membership to manage tribal affairs.

The Colville Indian Reservation is occupied by over 5,000 residents, both Colville tribal members and their families and other non-Colville members, living either in small communities or in rural settings. Approximately fifty percent of the Confederated Colville Tribes’ membership live on or adjacent to the reservation.