The Quileute Health Clinic has provided ambulatory medical services to the Quileute Indian Reservation for over 40 years. Services started out one day per week in a portable trailer with the doctor and nurse from the Neah Bay Service unit. It expanded to a small office in the Tribal center with very limited space, where services were provided one to two days a week.
Dental services started on the Reservation in the late ‘70s in a small dental clinic located outside of the Tribal business office. All health services were combined into the current medical/dental center; originally the Tribe’s gym.
Continued growth and professional health services have contributes to the increased staffing level from the original 5 full-time employees. 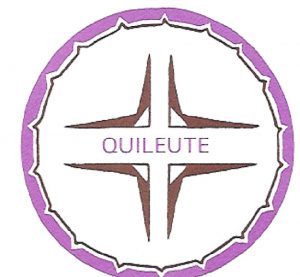 In 2004, the Quileute Health Clinic was able to assume the administration of funding from the Indian Health Service (IHS) that was under the oversight of the Neah Bay Indian Health Service unit. As a result, the health clinic has been successful in obtaining alternative health care resources for 98% of all Tribal members and other natives living on the reservation. The benefit of obtaining other resources for individuals allows the Tribe to ensure that all urgent medical needs were met for all people seeking medical attention at the clinic.

The Tribe provides primary medical and dental, and behavioral health services under a P.L. 93-638, Title I contract with the IHS. Family and addiction counseling and support are provided under a PL 93-638 Title I Contract with the BIA. The 4,400 SF facility was built in 1992, and expanded in 1997. As of October 1997 all services, medical and dental, will be provided at the new facility. Health programs include community health representative (CHR), community health nursing, emergency care, elder program, mental health, WIC nutritional services, social services, addiction counseling, and maternal health case management. The Tribe bills Medicare, Medicaid and other third party payers.

The Quileute Tribe’s New Beginnings program provides advocacy services to those living on or near the Quileute and Hoh River Reservations who are, or have been, victims of domestic violence, dating violence, sexual violence, stalking or elder abuse as well as provides support to their family and friends.

The Clinic had approximately 3,084 patient visits in FY 1996. The Tribe’s Contract Health Service Delivery Area (CHSDA) is Western Clallam and Jefferson Counties. The enrolled population is reported to be 706 and the Indian population living on or near the Reservation is 784. Over forty per cent of the population is less than 19 years of age, and two per cent is greater than 65.

Archeological findings indicate that the area has been inhabited for many thousands of years.

The Quileute /ˈkwɪliːuːt/, also known as the Quillayute /kwɨˈleɪ.uːt/, are a Native American people in western Washington state in the United States, currently numbering approximately 2000. The Quileute people settled onto the Quileute Indian Reservation (47°54′23″N 124°37′30″W) after signing the Quinault Treaty in 1855. It is located near the southwest corner of Clallam County, Washington at the mouth of the Quillayute River on the Pacific coast. The reservation’s main population center is the community of La Push, Washington. The 2000 census reported an official resident population of 371 people on the reservation, which has a land area of (1.5678 sq mi, or 1,003.4 acres).

Like many Northwest Coast natives, in pre-Colonial times the Quileute relied on fishing from local rivers and the Pacific Ocean for food and built plank houses (longhouses) to protect themselves from the harsh, wet winters west of the Cascade Mountains. The Quileute, along with the Makah, were once great whalers.

The first official negotiations with the American government occurred in 1855 when Isaac I. Stevens and the Quileute signed the Treaty of Olympia. It said that the Quileute people needed to relocate to the Quinault reservation. This article took away an integral part of the culture of the Northwest Coastal tribes, the rights to possessions and slaves. Their culture had been focused on possessions and they had always owned slaves, but upon entering the U.S. they were forced to give up a key part of their unique history and culture. Later, in 1882, A.W. Smith came to La Push to teach the native children. He made a school there and started to change the names of the people from tribal names to ones from the Bible. In 1889, after years of this not being enforced, President Cleveland gave the Quileute tribe the La Push reservation. 252 residents moved there and in 1894, 71 people from the Hoh River got their own reservation. Unfortunately, in 1889 a settler who wanted the land at La Push started a fire that burned down all the houses on the reservation, along with many artifacts from the days before the Europeans came.

Surrounded on three sides by The Olympic National Park, the Quileute Reservation is located on 594 acres along the Pacific and on the south banks of the Quillayute River (formed by the Sol Duc, Bogachiel, and Dickey rivers).

The Quileute Tribe is located in La Push, Washington, on the shores of the Pacific Ocean. The Quileute Tribe has lived and hunted in this area for thousands of years. Although the village of La Push is only about one-square mile, the tribe’s original territory stretched along the shores of the Pacific from the glaciers of Mount Olympus to the rivers of rain forests. Much has changed since those times, but Quileute Elders remember “back in the days” When the “old people” dared challenge kwalla, the mighty whale, and recounted the story of how the bayak or raven placed the sun in the sky.

Quileute is expanding its Quileute Oceanside Resort, improving its marina, redeveloping its oceanfront Quileute RV Park, promoting its close proximity
to Olympic National Park and working with local chambers of commerce and the Audubon Society to spread the word about what Quileute has to offer.
This is, indeed, a paradise for those who love the outdoors. Quileute is surrounded by Olympic National Park and the Pacific coast. It lies within the Olympic Coast National Marine Sanctuary and nearby is the Quillayute Needles National Wildlife Refuge.

Gray whales migrate past Quileute in March, April and May. Quileute’s shoreline attracts fishers, sea kayakers and surfers;
in summer, kayak and surfing schools set up shop and noted surfer Bill Curry did a televised surfing program last year.
Storm-watchers like to watch the drama of Pacific storms.
Employment increases 15 – 20 percent during the tourism season.

Quileute works with Olympic National Park and state environmental groups to keep clean the headwaters of the rivers that flow through Quileute to the
Pacific. Salmon runs have improved. Quileute Natural Resources manages the tribe’s fisheries programs, restores fish habitat and operates a hatchery for winter steelhead and summer chinook.

Quileute is actively engaged in elk management and essential in understanding the life cycles of the Roosevelt elk on the peninsula, as well as other wildlife such as cougar, black bear, beaver and birds. The Quileute tribe planning a conference center, museum, seafood restaurant, and fishing marina.

Over forty per cent of the population is less than 19 years of age, and two per cent is greater than 65.

The Quileute tribe is run by their own government inside the United States, which consists of a tribal council with staggered 3 year terms.