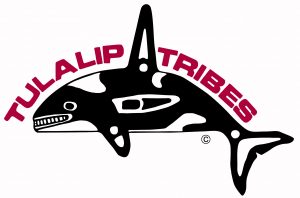 The Tulalip Health Center is a 4,500 square foot out-patient clinic in Marysville, WA. The clinic is 30 years old and is operated by the Tulalip Tribe through P.L. 93-638 Grants and the IHS. The Tulalip Tribal Health Clinic provides a variety of primary care services with a variety of funding sources. The tribe is able to offer Dental, a Recovery House and an Acupuncture program with tribal funds. The MCH Program and the Contract Health Program are available through IHS 638 funding. The ICW Program is BIA funded. The CHR Program is joint funded through a 638 IHS contract and the county. The Family Services program and the Mental Health Program are joint funded through 3 or more entities.

The new Tulalip health clinic opened in August of 2003. This new and expanded space offers state-of-the-art health services to tribal members. The new clinic will allow us to build on our existing programs and provide new opportunities. The mission of our Health and Social Services Department is to provide a premier integrated healthcare delivery system that is cutlurally relevant and addresses the physical, mental, spiritual, and emotional needs of all Tulalip Tribal Members.

The Tulalip Dental Clinic currently offers an array of services. The Orthodontics Program provides treatment and care for Tulalip children. The Hygienist Program provides dental health screenings and preventative education. The Sealant Program has been a tremendous success in aiding in the prevention of early cavities. Up-to-date restorative materials for fillings, dentures, endodontics and some minor oral surgeries are also some of the services that the Tulalip Dental Clinic provides.

The tribal population is about 4,000 and growing, with 2,500 members residing on the 22,000 acre Tulalip Indian Reservation located north of Everett and the Snohomish River and west of Marysville, Washington. The Tulalip Tribes of Washington /tuːˈleɪlɪp/, formerly known as the Tulalip Tribes of the Tulalip Reservation, is a federally recognized tribe of Duwamish, Snohomish, Snoqualmie, Skagit, Suiattle, Samish, and Stillaguamish people. They are South and Central Coast Salish peoples of indigenous peoples of the Pacific Northwest Coast. Their tribes are located in the mid-Puget Sound region of Washington. The term Tulalip comes from Snohomish and means “a bay shaped like a purse.” It was used in 1855 to describe the tribes who joined together on the Tulalip Reservation.  The Tulalip Indian Reservation was established by the Treaty of Point Elliot in 1855 and by Executive Order of US President Ulysses S. Grant on 22 January 1873. The reservation is 22,000-acres large and lies on Port Susan in western Snohomish County, adjacent to the western border of the city of Marysville. It has a land area of 35.3 sq mi or (22,567 acres) and a 2000 census population of 9,246 persons residing within its boundaries. Its largest community is Tulalip Bay.

The Marysville School District serves both the reservation and the city. To accommodate a growing population, in 2008 it opened three new schools, built of prefab, modular units that operate and look like traditional construction, at its site on the reservation. This large campus is now called the Marysville Secondary Campus; it contains Heritage High School, Marysville Arts and Technology High School, and a Middle School. The two high schools share a gym and commons center.

The Tulalip Tribes are a federally-recognized Indian tribe located on the Tulalip Reservation in the mid-Puget Sound area bordered on the east by Interstate 5 and the city of Marysville, Washington; on the south by the Snohomish River; on the north by the Fire Trail Road (140th); and on the west by the waters of Puget Sound.

The Tulalip people settled onto reservation lands after signing the Point Elliott Treaty with the former Washington Territory on January 22, 1855. The reservation now comprises the western half of the Marysville-Tulalip community, separated by the later construction of Interstate 5. Marysville is an incorporated city and lies east of the freeway. The reservation occupies a few square miles immediately north of Everett on Port Susan Sound.

The Tulalip Tribes are headquartered in Tulalip, Washington.

English and Lushootseed are spoken by the tribes. Lushootseed is a Central Salish language. The language is written in the Latin script and a dictionary and grammar have been published. Lushootseed is a member of the Salish language family, whose approximately twenty surviving languages are spoken from northern Oregon to central British Columbia, and from the Pacific coast eastward into Montana and along the British Columbia-Alberta border.
The Lushootseed-speaking region extends along the shores of Puget Sound from modern-day Olympia to the Skagit watershed and from Hood canal to the Cascades. The term “Northern “ refers to the language as spoken by the Skagit, Swinomish, Sauk-Suiattle, Stillaguamish and neighboring peoples; “Southern Lushootseed,” is that spoken by the peoples of Snoqualmie, Muckleshoot, Puyallup, Nisqually, Squaxin Island, Suquamish and their neighbors. The Snohomish Lushootseed spoken at Tulalip exhibits features of both Northern and Southern language, though it is usually categorized as “Northern.”
The Tulalip Tribes Lushootseed Department is dedicated to increasing awareness of Lushootseed within the community and beyond, as well as to restoring the language to everyday use within the community.

The Tulalip Reservation exterior boundaries enclose a land-base of 22,000 acres, more than 50 percent of which is in federal trust status. The Reservation is rich with natural resources: marine waters, tidelands, fresh water creeks and lakes, wetlands, forests and develop-able land.

Within the reservation limits is Quil Ceda Village, a business park and municipality that provides jobs and tax income for the reservation. Situated alongside Interstate 5, it is home to the reservation’s first casino, Quil Ceda Creek Casino; the second, the $72 million Tulalip Resort Casino, and a $130 million associated 12-story luxury hotel. In addition, the municipality has a popular 100-store outlet mall.

The Tribe supports their reservation through careful planning and economic development along the I-5 corridor. Of more than 500 federally recognized tribes in the United States, the Tulalip Tribes is the first and only to establish a federally recognized city to diversify their financial interests and promote economic activity. The city, Quil Ceda Village, is a model for Native American economic development to sustain tribal community and culture.

The Benefits of Tulalip Tribal economy reach to the surrounding communities of Marysville, Everett, Arlington, Snohomish County, and the rest of Washington in many forms. One form is through tax collection. As the host and operator of business within Quil Ceda Village, the Tribes generate revenue to fund reservation restoration and modernization, government programs and services for Tribal Members, transportation improvements and continued economic development to meet the needs of a growing Tribal population.
Principal industries: Transportation equipment (Boeing), wood products, food processing, electronics.

The tribe is governed by a seven-member, democratically-elected General Council.  Enrollment to the Tulalip Tribes does not require a minimum blood quantum; however, membership is based on the 1 January 1935 Tulalip census roll and those people descended from people on that roll, whose parents were residents of the Tulalip Reservation at the time of their birth.