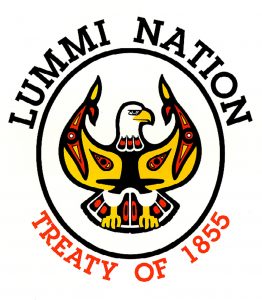 Indians. The Lummi Tribal Health Center is AAAHC accredited and bills Medicaid and other third-party payers. A 4900 square foot clinic expansion was completed in 2002. The Clinic had over 35,000 ambulatory visits in FY 2002.

The Lummi Nation is part of the Northwest Washington Service Unit Health Board (NWSUHB) that also includes Upper Skagit, Nooksack and Swinomish. The NWSUHB is a non-profit organization, established in the early 1980’s. The Health Board contracts for sanitation services and diabetic education and outreach under a P.L. 93-638, Title I consortium agreement. Three full-time positions; Sanitarian, Dietetic Dietitian, Diabetic Educator are funded. All three positions provides services two days a week at Lummi. The Sanitarian services include supervision of contaminated waste handling, food handling permits, health inspections of tribal facilities, water quality and sewage management, vector control and solid waste disposal, and other duties as assigned by the tribal health department.

The Tribe’s Contract Health Service Delivery Area (CHSDA) is Whatcom County. The enrolled tribal population is 3,519 and the Indian population living on or near the reservation is 4,800. The active health clinic user population is 4144. The leading causes of death are heart disease, malignant neoplasm, cerebrovascular disease, motor vehicle accidents and digestive diseases.

We are the Lhaq’temish, The Lummi People. We are the original inhabitants of Washington’s northernmost coast and southern British Columbia. For thousands of years, we worked, struggled and celebrated life on the shores and waters of Puget Sound.

The Lummi people traditionally lived near the sea and in mountain areas and returned seasonally to their longhouses located at a number of sites on the present reservation and on the San Juan Islands. Smoke-dried seafood, camas bulbs, sun-dried berries and all species of shellfish, crab, salmon, trout, elk, deer, and other land and sea mammals made up the traditional Lummi diet.

The Lummi Nation signed the treaty of Point Elliot in 1855 ceding much of their aboriginal lands in western Washington. In return they received a reservation that originally covered 15,000 acres.

The Lummi, and most of the other northwest coastal tribes included in the Point Elliott Treaty of 1855, were paid a total of $150,000 for their lands and paid an additional $15,000 in relocation costs and expenses. That would equate to over $4.2 million in economic power in 2013. The reservation has a land area of 20.996 sq mi, that includes the Lummi Peninsula, and uninhabited Portage Island. The Lummi nation is the original inhabitant of the Puget Sound lowlands. In pre-colonial times, the tribe migrated seasonally between many sites including Point Roberts, Washington, Lummi Peninsula, Portage Island, as well as sites in the San Juan Islands, including Sucia Island.

Today, approximately 12,000 acres remain in Indian control. In 1948 the Lummi Nation adopted a Tribal Constitution, amended and ratified in 1970, which created the present government structure.

The reservation occupies a small peninsula between Bellingham Bay and Georgia Strait. The tribe primarily resides on and around the Lummi Indian Reservation, at 48°45′59″N 122°38′20″W to the west of Bellingham and 20 miles (32 km) south of the Canadian border, in western Whatcom County. The is seven miles northwest of Bellingham, Washington, in the western portion of Whatcom County 95 miles north of Seattle. The reservation is a five mile long peninsula which forms Lummi Bay on the west, Bellingham Bay on the east, with a smaller peninsula of Sandy Point, Portage Island and the associated tidelands.

The Lummi Nation, are a Native American tribe of the Coast Salish ethnolinguistic group in western Washington state in the United States. They continue to speak the traditional Salishan language. They expressed their language and religious traditions through elaborate carvings on totems and ceremonies.
The Lummi language (Xwlemi Chosen, IPA: [xʷləmi tʃɔsən]) is more precisely a dialect of a language called North Straits Salish.

The Lummi Indian Nation has opened its $20 million Silver Reef Casino after making every effort to ensure this second operation will be a success.
The tribe’s first casino closed in 1997 after losing $2 million. This time, the Lummi have enlisted the aid of a professional management company for the Silver Reef Casino and moved the operation closer to Interstate 5. At its peak in 1992, the tribe’s first casino had about 450 employees and was the second-largest employer in Whatcom County. It drew 80 percent of its customers from Canada, but lost much of that business when Canada liberalized its gambling laws.
The new casino is providing 281 jobs – about half of them going to Indians, most of them Lummi.
Unemployment ranges between 30 percent and 40 percent on the reservation. The tribe plans to use the casino proceeds for social, health, education and economic development projects.

The Lummi Reservation is governed by an 11 member tribal council. All tribal members are members of the General Council which meets at least once a year at which time one-third of the Tribal Council is elected. The council appoints tribal members to serve on committees that oversee tribal enterprises on behalf of the Council.