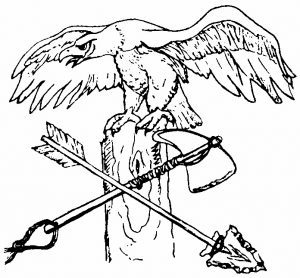 The tribal clinic provides health care services to 890 Native American as well as a growing number of non-Natives. The dental clinic is open to both Native and non-Native patients and serves approximately 10 to 14 patients daily. There were 403 Active users in 2002. The staff follows a program of integrated healthcare that addresses the physical, mental and emotional needs of the patients.

Currently contracted with most insurance carriers and accepting Medicare, Medicaid, Regence, Premera, Tricare, First Choice as well as many other insurance plans.

The purpose of the Dental program is to serve patients with compassion, excellence, and value. All  tribal and community patients are individuals, each of whom has his or her own personal needs and concerns. We are here to help our patients enjoy a lifetime of complete dental health.

Shoalwater Bay Tribe is a Native American tribe in western Washington state in the United States. They are descendants of the Willapa Chinook, Lower Chehalis, and Willapa Hills tribes.

President Andrew Johnson designated The Shoalwater Bay Reservation in 1866. The tribe became federally recognized in 1971 and began providing health care services in 1995. The Shoalwater Bay Tribe is a Sovereign Nation located in South Western Washington. Though the tribe faced near decimation through disease, residential schools, and dispossession, their ancestors stood firm, refusing to budge from tribal land, which led to the September 22, 1866 executive order to set aside the Naahps Chaahts community village site (also called Georgetown) for “miscellaneous Indian purposes.” Later, the tribe was among the few Federally Recognized Reservations in the United States which did not treaty with the Federal Government. The north end of the bay around the present day reservation was populated predominantly by Lower Chehalis speaking peoples. The Southern end of the bay, near present day Bay Center and southward was inhabited by Willapa Chinook peoples.
The original Shoalwater Reservation, consisted of 334.5 acres. Shoalwater Bay was originally the wintering place of both the Lower Chinook and Lower Chehalis people. Many of their descendants, by accepting 80 acre allotments on the much larger Quinault Reservation, attained the privilege of Quinault treaty rights only if they became Quinault Tribal members.

The reservation is located 30 minutes from Aberdeen, 75 minutes from Olympia and 2 hours from Seattle, Washington. The Shoalwater Bay tribe lives on the southwest coast of Washington in northwestern Pacific County, along the shores of Willapa Bay where the 2.693 km² Shoalwater Bay Indian Reservation with approximately 70 inhabitants (2000 census). The reservation is just west of Tokeland, Washington. Olympic National Park is about a one-hour drive away. The Westport/Grayland area has many advantages such as low cost housing, ocean beaches, fishing and hunting opportunities, along with hiking and boating. The original territory of the Shoalwater Bay peoples was a vast network of waterways along the coast. For the Lower Chehalis Shoalwater’s village of “Naaphs Chaahts” (today’s reservation) was the southern tip of the territory. From there it extended northward to “ts-a-lis” the lower Chehalis word for Westport, meaning “place of sand”. Early explorers pronounced the word “Chehalis” and gave this name to the river and the people living up river who later became the Chehalis tribe. From Westport the territory went east up the Chehalis river to present day Satsop, Washington.

The original language of the Shoalwater Bay Tribe, belonging to the Chinookan family of Native American languages, is very possibly extinct.

The town of Tokeland has hotel accommodations, marina, seafood plant and tribal casino. Children attend the Ocosta School District in Westport which is located to the north in Grays Harbor County.

The tribe has 237 enrolled members and a resident service population of 1,148. At present, about two thirds of the membership make their homes off reservation land.

Tribal Council The Tribe is governed by a General Council, comprising of all enrolled tribal members at least eighteen years of age. An elected five person Tribal Council conducts the day-to-day business operation of the Tribe. Administrative duties are overseen by a Tribal Administrator who works for the Tribal Council. The administrator manages departments with the help of department directors.