The Marimn Health is an ambulatory health care facility located in Plummer, which is in Benewah County in the Panhandle of Idaho on the Coeur d’Alene Indian Reservation. It opened in 1990, employs 170 staff and serves 6,000 native and non-native patients. Marimn Health is designated as a ‘Community Health Center’ as it receives federal funding from the Bureau of Primary Health Care to provide services, based on the ability to pay, to the underserved and uninsured populations in the service area. Other operational funding sources include Indian Health Service, third party revenue and multiple grants/contracts. There have been four major  phases of development culminating with a new 50,000 s.f. facility that opened in October, 2012. The Wellness Center (Phase 3), a 43,000 s.f. facility opened in July, 1998. Core services in the Wellness Center include aquatics, full size gym, cardio/weights, racquetball, physical therapy and therapy pool, conference center and youth services. 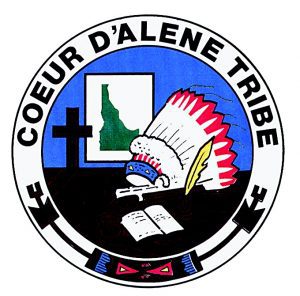 After several years of planning with numerous obstacles and challenges to create a new health care system, the Coeur d’Alene Tribe and the City of Plummer innovatively collaborated in a joint venture to address the long standing health care needs of all residents on or near the reservation. This collaboration between the Tribe and City is believed to be the first and may be the only joint venture in the U.S. between a Tribe and city municipality for the purpose of providing health care services for all residents. The Tribe and City collectively secured State and Federal funding which led to the construction of Phase 1, a 6,750 s.f. building that opened on June 4, 1990, which established the foundation for primary medical care.

The BM/WC organization is governed by a nine member Health Board with a charter and bylaws. Eight Board members are Coeur d’Alene Tribal members and one Board member is a representative from the City of Plummer. Marimn Health has been accredited by AAAHC since 1997.
Mission: The mission of the  Coeur d’Alene Tribe Marimn Health is to provide primary care, holistic healing, preventive care, and wellness promotion to all members of the community as intended by the Creator.
Vision:   The Coeur d’Alene Tribe Marimn Health respects the needs, values and beliefs of each individual with the goal of being recognized as a center of excellence, providing quality comprehensive and integrated health and wellness services in the region.

The Coeur d’Alene /kɜrdəˈleɪn/[1] are a Native American people who lived in villages along the Coeur d’Alene, St. Joe, Clark Fork, and Spokane Rivers; as well as sites on the shores of Lake Coeur d’Alene, Lake Pend Oreille and Hayden Lake, in what is now northern Idaho, eastern Washington and western Montana. The name, “Coeur d’Alene” was given to the tribe in the late 18th or early 19th century by French traders and trappers. In French, it means “Heart of the Awl,” referring to the sharpness of the trading skills exhibited by tribal members in their dealings with visitors. In the ancient tribal language, members call themselves, “Schitsu’umsh,” meaning “The Discovered People” or “Those Who Are Found Here.”

The Coeur d’Alene lands were reduced to approximately 600,000 acres (2,400 km²) in 1873 when U.S. President Ulysses Grant established the Coeur d’Alene Indian Reservation by Executive Order. Successive government acts cut their property to 345,000 acres (1,400 km²) near Plummer, south of the town of Coeur d’Alene.

In 1990, the Health Board Authority and Tribal Council decided its new clinic would serve all persons in the community regardless of their ability to pay. In 1994 BMC was finally able to provide services to the medically underserved and indigent population. Funding from the Bureau of Primary Health Care allowed the Tribe to establish the clinic as a Community Health Center. A sliding fee scale now could be offered to the non-Indians in the local region.

The Benewah Medical Center (renamed Marimn Health), opened in 1990 with 14 staff and 800 patients. It now employs approximately 170 with an annual budget in excess of 16 million. Currently approximately 6,000 patients account for 30,000 medical, dental and counseling visits each year . Marimn Health has experienced a consistent growth pattern of both patient registration and service use during the entire history of the organization.

The Coeur d’ Alene Reservation covers 345,000 acres in North Idaho, spanning the rich Palouse farm country and the western edge of the northern Rocky Mountains. “The Rez,” as the locals call it, includes the Coeur d’ Alene and St. Joe Rivers, and Lake Coeur d’ Alene itself, considered to be one of the most beautiful mountain lakes in the world. Cities in which the tribe reside include DeSmet, Harrison (a small part, population 1), Parkline, Plummer, St. Maries (part, population 734), Tensed, and Worley.

For thousands of years the Coeur d’Alene lived in what would become the Panhandle region of Idaho. Originally the tribe roamed an area of over 4 million acres (16,000 km²) of grass-covered hills, camas-prairie, forested mountains, lakes, marshes and river habitat in northern Idaho, eastern Washington and western Montana. The territory extended from the southern end of Lake Pend Oreille in the north running along the Bitterroot Range of Montana in the east to the Palouse and North Fork of the Clearwater Rivers in the south to Steptoe Butte and up to just east of Spokane Falls in the west. At the center of this region was Lake Coeur d’Alene. The Coeur d’Alene lived in areas of abundance that included trout, salmon, and whitefish. The tribe supplemented hunting and gathering activities by fishing the St. Joe River and the Spokane River. They used gaff hooks, spears, nets, and traps and angled for fish.

The native language is Coeur d’Alene, an Interior Salishan language.

The reservation economy is based mostly on its productive agriculture. The Coeur d’ Alene Tribe’s 6,000 acre farm produces wheat, barley, peas, lentils and canola. The reservation countryside includes about 180,000 acres of forest and 150,000 acres of farmland, most of that farmland owned by private farmers. The reservation land also produces about 30,000 acres of Kentucky Blue Grass. Logging is another important component of the economy and source of revenue for the tribe. Only selective cutting of forests is undertaken on tribal land. Clear cuts are banned.
The tribal farm covers about 6,000 acres (24 km²) and produces wheat, barley, peas, lentils, and canola. The tribe also has invested in two businesses, a manufacturing plant (BERG Integrated Systems), and a bakery (HearthBread Bakery), in both of which the tribe owns a majority share.
The Coeur d’Alene Tribe employs about 1000 people in 16 departments of government or in tribal enterprises. Employees answer to their supervisors or department heads. Department heads answer to the Director of Administration, who answers to the council.Tourism, including tribal gaming operations, continues to grow and impact the local and regional economy.

The Benewah Medical & Wellness Center (BMWC) (recently renamed Marimn Health) is located in Benewah County in the Panhandle of Idaho on the Coeur d’Alene Indian Reservation. This county has the highest number of minorities of any county in the State of Idaho. Poverty, unemployment, and geographic isolation initially characterized the service area. Almost a third of our users are below 200% of t he Federal poverty guidelines. Clinic users are about 50% Indian and 50% non-Indian. Approximately 40% of our patients have no insurance. Benewah County also typically has the highest unemployment rate in Idaho, and over double the national unemployment rate. Eleven percent of BMC patients are 65 or older. There has been significant economic improvement to the service area in the last 5 years, although conditions continue to exist that warrant continued access for the underserved population. Many in the community continue to be underinsured or have no insurance at all.

The Coeur d’Alene Tribe and City of Plummer, Idaho had the vision to establish a highly successful basic primary medical and dental health care system and address the acute health care needs of the community. Because of the strong demand for services, a Phase II plan was developed and the facility was expanded from 6,750 square feet of space to nearly 17,000 square feet in February, 1994. This expansion provided additional medical exam rooms, a five chair dental wing, increased space for pharmacy services, counseling, community health programs, administrative offices, and conference rooms.