The Makah Indian Reservation is located on the most northwesterly tip of the Washington State. The Reservation is extremely isolated from other communities within Clallam County, the Olympic Peninsula and Washington State in general. Clallam County’s major commercial center and county seat, Port Angeles, is 75 miles from Neah Bay. Seattle is 150 miles away, and Forks, the closest town is 60 miles away. The Sophie Trettevick Indian Health Center (STIHC) at Neah Bay, WA, is the only medical facility to service the Makah Indian Reservation with a population of approximately 1,414. The nearest full service medical facility is 75 miles away in Port Angeles, Washington.
The current facility was identified in 2005 in the Indian Health Service Portland Area Health Services Master Plan as being functionally inadequate by having a critical shortage of clinical and administrative support space. The current structure is configured in such a way that it cannot be remodeled to support standard health care system requirements. While this clinic provides the only essential medical services to our community, it is located within the tsunami flood zone.
The Makah Tribe is in the process of a phased development and implementation of a new health care campus that will relocate the existing facility to a safer upland location.
Phase I of the project was completed in 2012 with the relocation of the Wellness Center . The Wellness Center provides integrative medicine, recovery services, community and public health services. The remainder of the expansion will consist of three new buildings.
Building 1 – will house Primary Care, Radiology, Nursing & Administration
Building 2 – Dental/Pharmacy services
Building 3 – physical therapy and Emergency Operations and Disaster Relief center.

Services/Programs/Hospitals
Comprehensive primary and dental health services are provided by an IHS run, JCAHO accredited facility located in Neah Bay. The facility was built in 1971, 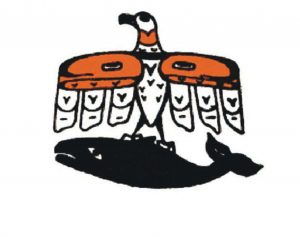 remodeled in 1986 and has 7,145 SF. The Health Center employs three physicians, one dentist and two other practitioners who are either NP’s, RN’s, or PHN’s. The Center bills Medicaid and other third party payers. The Clinic had 9,194 primary care patient visits and 3,867 other patient visits for a total of 13,061 patient visits in FY 1996. The Tribe operates several programs under a Title III Self-Governance Compact. The tribe operates an alcohol and substance abuse program in a tribally-owned structure with 1,344 SF, and a mental health program in a 500 SF trailer. In addition, the Tribe owns a field station for community health with 750 SF. The Tribe’s Contract Health Service Delivery Area (CHSDA) is Clallam County.

Patients
The enrolled tribal population is 2,356 and the Indian population on or near the reservation is 1,752. There are 4,174 registered users and 3,048 active users in the Neah Bay Service Unit.

The Makah (/məˈkɑː/; Klallam: màq̓áʔa) are an indigenous people of the Northwest Plateau living in the northwestern corner of the continental United States in Washington. The Makah Indian Nation consists of roughly 48 square miles of land, totaling 31,355 acres. In the early 1800s these villages were home to between two thousand and four thousand Makah. Each village contained several longhouses composed of cedar planks and measured approximately 30 feet wide and 70 feet long.

The Makah and their extended families would share these structures and it was common to have several generations living in each one. During the summer people traveled to various summer camps, such as Kidickabit, Archawat, Hoko, Tatoosh Island, Ozette River and Ozette Lake. These summer camps were closer to the traditional fishing, whaling and gathering areas of the Makah.

In order to retain whaling rights, and to protect the health, education and welfare of their people, the Makah ceded title to 300,000 acres of tribal land to the U.S. In 1859 Congress ratified the treaty, ushering in the beginning of radical cultural changes imposed on the Makah by the federal government and those who implemented them.

The islands of Tatoosh and Waadah comprise 80 acres, and Ozette Reservation represents an additional 740 acres. Olympic National Park separates the Ozette Reservation from the rest of the Makah Reservation, though it is a part of the Makah Nation. Ninety percent of the reservation’s acreage is typified by rugged mountainous terrain between 500 and 1,000 feet in elevation and reaching nearly 2,000 feet at Sooes Peak; 25,335 acres are managed forestlands, and 1,213 acres are set aside for “wilderness area.” The Makah Usual and Accustomed Area comprises an additional 300,000 acres, extending east to the Hoko River and south to South Creek at the south end of Lake Ozette. Rivers issuing from the mountains include the Sekiu, Sail, Waatch, Hoko, and Sooes. There is a large harbor protected by a breakwater at Neah Bay on the Strait of Juan de Fuca.

The Makah Indian Tribe own the Makah Indian Reservation on the northwest tip of the Olympic Peninsula and includes Tatoosh Island. They live in and around the town of Neah Bay, Washington, a small fishing village along the Strait of Juan de Fuca where it meets the Pacific Ocean. Within this territory, the Makah had many summer and permanent villages. The five permanent villages, Waatch, Sooes, Deah, Ozette and Bahaada, were located along the shore of the northwestern-most point of the continental United States. Bordered by the Strait of Juan de Fuca and the Pacific Ocean, pre-contact Makah Tribe held a vast area of inland and coastal territory. These richly forested lands and the seas which teemed with life offered early Makah a wealth of natural resources. The Makah skillfully utilized the bounty of the sea. From seals to salmon to whales, the sea was – and still is – a large part of the livelihood of the Makah. Makah lands also encompassed the islands of Waadah, Tatoosh, Ozette, Cannon Ball, the Bodeltas and the islands on Lake Ozette. Their inland holdings were equally vast and reached as far east as Lyre River and as far south as the lands they shared with the Quileute.

The Makah people refer to themselves as Kwih-dich-chuh-ahtx (Qʷidiččaʔa·tx̌) which translates as “the people who live by the rocks and seagulls”. Archaeological research suggests that the Makah people have inhabited the area now known as Neah Bay for more than 3,800 years. The ancient Makah lived in villages, inhabiting large longhouses made from western red cedar. These longhouses had cedar-plank walls. The planks could be tilted or removed to provide ventilation or light. The cedar tree was of great value to the Makah, who utilized its bark to make clothing and hats. Cedar roots were used in basket making, while canoes were carved from whole trees to hunt seals, gray whales and humpback whales. The Makah acquired much of their food from the ocean. Their diet consisted of whale, seal, fish, and a wide variety of shellfish. They would also hunt deer, elk, and bear from the surrounding forests.

Linguistically and ethnographically, they are closely related to the Nuu-chah-nulth and Ditidaht peoples of the West Coast of Vancouver Island, who live across the Strait of Juan de Fuca in British Columbia. The Makah language is the indigenous language spoken by the Makah people. Makah has been extinct as a first language since 2002, when its last fluent native speaker died. However, it survives as a second language, and the Makah tribe is attempting to revive the language, including through preschool classes. The endonymous name for Makah is qʷi·qʷi·diččaq. The Makah tribe linguistically belongs to the Southern Nootkan branch of the Wakashan family of languages among North American indigenous peoples. The Makah language, also known as qʷi·qʷi·diččaq (qwiqwidicciat) is the only Wakashan language in the United States, with the other members in British Columbia, Canada, immediately across the Strait of Juan de Fuca on the west coast of Vancouver Island and northwards as far as that province’s Central Coast region.

Most residents live in Neah Bay, the only centralized village on the reservation, though a growing population and housing shortage have encouraged members to live in more remote locations in Makah territory. The average unemployment rate on the reservation is approximately 51% , a figure which drops slightly in the summer because of tourism and other seasonal occupations. Almost 49% of the reservation households have incomes classified below the federal poverty level, and 59% of the housing units are considered to be substandard. Many Makahs who graduate from college come back to the reservation to work for the Makah Tribe, the local clinic, and the public school.

While there is a great deal of contemporary Makah history that is important, nothing has captured the attention of the world more than the Tribe’s restored whale hunt. When the gray whale was taken from the endangered species list because its population was higher than it had been since commercial whaling times, the Makahs decided to exercise the treaty right to hunt again. After receiving the support of the American government and the International Whaling Commission (11) , the Makah successfully hunted a gray whale on May 17, 1999.

Many people believe that the Makah whale hunt will cause other native people in the United States to hunt whales, too. In fact, the Makah Tribe is the only tribe in the country with a treaty right to hunt whale; the United States will not support any other tribe’s request for support for this reason. Other people are afraid that the Makah hunt will cause commercial whaling of the Pacific gray population again, and that the tribe plans to sell whale products overseas. In fact, the Makahs signed an agreement with the government that the hunt will be for “ceremonial and subsistence purposes only”. Restoring the whale hunt is perhaps the best example of the contemporary Tribe’s control over its own affairs. The hunt is also a prime example of the benefit of years of hard work and sacrifice that have been invested in bringing the old ways back to modern life.

While the contemporary reservation has modern facilities and services such as a museum, a general store, a public school, an Indian Health Service clinic, a gas station and several restaurants, the area is still remote by most standards. State road 112, the only paved road that connects the Makah reservation with the rest of the Olympic Peninsula, is prone to mudslides and washouts. The journey to the county seat, Port Angeles, is about seventy miles distant; this trip becomes more dangerous when roads are icy, or when the reservation is enduring one of the many rains and wind storms that plague the area from October through April.

In 1936, the Makah Tribe signed the Makah Constitution, accepting the Indian Reorganization Act and establishing an elected tribal government. The constitution provided for a five-member Tribal Council. Each year the council elects a Tribal Chairperson. The Council develops and passes laws for the Makah Reservation.

Tribal census data from 1999 show that the Makah Tribe had 1,214 enrolled members, though only 1,079 live on the reservation. The unemployment rate on the reservation is approximately 51%.
Rainfall often averages over 100 inches annually, and peak gusts of 50 mph or more commonly accompany fall and winter weather.
The Makah Council is the elected governing body of the Makah Tribe on the Makah Reservation in Neah Bay, Washington. Neah Bay is the central village of the Makah Reservation. The Makah Reservation is located on a portion of the Tribe’s original tribal land as a result of a U.S. Treaty ratified in 1859. The Makah Council operates under a constitution and Bylaws dated May 16, 1936. Serving the Makah Tribal Council is the Makah tribal organization, which is made of employees and a managerial level staff of directors under a general manager. Elections for Tribal Council are held annually and each elected council member serves a staggered three year term. The Tribal government’s daily administration is managed by the General Manager. Each program director reports directly to the General Manager.