This beautiful community clinic is located on the coast of Oregon. It is owned and operated by the Confederated Tribes of Coos, Lower Umpqua & Siuslaw Indians (CTCLUSI) and is a recognized IHS Dental Clinic. The facility has 3 operatories and is handicap accessible. It is located at 1245 Fulton Avenue in Coos Bay, Oregon. The clinic is open to all Native Americans as well as the general public.

The CTCLUSI Health and Human Services Division (HHSD) works to provide and promote programs that empower Tribal families and improve the health status and quality of life for CTCLUSI members and their families. HHSD serves Tribal members in five areas: 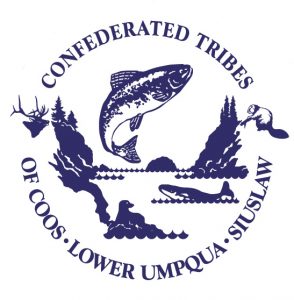 The Dental Clinic is owned by the Confederated Tribes of Coos, Lower Umpqua and Siuslaw Indians and recognized as an Indian Health Services (IHS) Dental Clinic.

The Tribal Health committee, appointed by Tribal Council and made up of Tribal members, provides overall advisory support to HHSD, offering a Tribal member perspective to program and administrative oversight. The committee also assists the division director in making sure that health services are addressing the needs and challenges of Tribal members and are available equitably to all Tribal members when ever possible. Due to federal funding requirements, all HHSD services are provided only in the 5-county service area, with the exception of Indian Child Welfare Act services, and Adult/Youth Fitness.

Mission:to provide our Tribal Members and the people in our community, the best services possible with genuine enthusiasm, warmth, and commitment to quality. It is our goal to maintain a caring environment that is respectful of all people. All staff members are united in the effort to deliver
excellent dental service and to make each patient as comfortable as possible.

The Confederated Tribes of Coos, Lower Umpqua, and Siuslaw Indians are the original inhabitants of the central and south-central coast of Oregon. Their homeland includes the estuaries of the Coos Bay, and the Umpqua and Siuslaw Rivers. The Tribes have been operating under a confederated government since the signing of the Treaty of August, 1855.

The tribes did not have contact with Europeans until 1792. In 1791 American Captain James Baker entered the Umpqua Indians’ lands and traded with the Lower Umpqua for about twelve days. In February 8th 1806 was the first time the Coos were mentioned by Euro-Americans. William Clark, wintering at Fort Clatsop near the Columbia with Meriwether Lewis and the Corp of Discovery, reported the existence of the “Cook-koo-oose nation”. Most of the tribal population died in the epidemics which followed European contact. In 1824 Smallpoks had entirely wiped out the Hanis Coos Indian village at Tenmile Lakes.
In 1836 A measles outbreak struck indian villages on the Coos Bay reducing the population from 2,000 to 800. Such European diseases as smallpox arrived with the white man’s penetration into the area and sickened the tribes. The Coos, Lower Umpqua and Siuslaw Indians maintained peaceful relations with settlers as they began to stream in from the East.
In 1860 the remnants of these and other tribes were forced onto the Siletz Reservation. The reservation was split into three parts, with one section being opened to non-native settlement and another becoming the Alsea Reservation, which was opened to non-native settlement in 1875. The Confederated Tribes of Coos, Lower Umpqua and Siuslaw formally organized in 1916. They adopted their first constitution in 1938[9] and ratified their current constitution in 1987.
The Confederated Tribes have continuously maintained an elected governing body from 1916 to present. Since federal recognition was restored in October 1984, the Tribes have established a broad range of services to members and non-member Indians. Provisions for the establishment of a primary reservation are currently being addressed by Congress. In 1916, the Tribes established a formal, elected tribal government that they have maintained ever since. Then, in 1941, the Bureau of Indian Affairs (BIA) took a small privately donated parcel (6.12 acres) into trust for the Confederated Tribes in the city of Coos Bay. On this small “reservation”, the BIA also erected a Tribal Hall that included an assembly hall, kitchen, offices and medical clinic. It is still in use today and is on the Register of Historic Places.
In the late 1940’s, the U.S. government started action to withdraw recognition of some Indian tribes. The Coos, Lower Umpqua and Siuslaw Indians voted to strongly oppose termination. However, without their knowledge or consent, they were included in the Western Oregon Termination Act of 1954.
Even though the U.S. government officially terminated them, the Confederated Tribes never sold their small reservation and Tribal Hall, and, instead, maintained it. During the Termination Years (1954 to 1984), the Confederated Tribes attempted to provide services to its members with the few resources that they had. They also continued to fight for restoration, and recognition as a sovereign nation.
Then, on October 17, 1984, as a result of a long moral, legal and legislative battle, President Ronald Reagan restored the Tribes to federal recognition by signing Public Law 98-481. The Tribes’ sovereignty was once again recognized and funding was restored for education, housing and health programs. In 1987, the Tribe approved a constitution and began to lay the groundwork for a self-sufficiency plan.
In spite of these obstacles, the Tribes have been continually building on the basic framework established by Restoration Act.

The tribe currently possesses a 6.1 acre reservation and tribal hall erected in 1940,
with an estimated 130 acres of trust lands throughout Coos and Lane Counties. The Coos tribe lived on the southwest Oregon Pacific Coast. The Hanis speaking Coos lived in Now day North Bend, while the Miluk speaking Coos lived on the South Slough. Several Oregon landmarks are named after the tribe, the Coos Bay, the city of Coos Bay, and Coos County. The Lower Umpqua lived up the Umpqua River which is named after them along with Fort Umpqua.
The five-county service area is made up of Coos, Curry, Lincoln, Douglas and Lane counties in Oregon.

The people lived in villages of cedar plank houses on the margins of the extensive estuaries of the Siuslaw, Umpqua, and Coos rivers. This is an area of rugged cliffs and open beaches, bordered by shifting sand dunes and steep, heavily vegetated mountainsides. They also navigated the rivers, and mountain ridge trails, to trade with other villages or journey to the Willamette and Camas Valleys for certain prized foods.
The Confederated Tribes of the Coos, Lower Umpqua and Siuslaw Indians are headquartered in Coos Bay, Oregon. The tribe is governed by a democratically-elected general council, serving four-year terms. The tribal chief serves ten-year terms.

A few of the economic highlights for the tribe are:
Three Rivers Casino Hotel –The Three Rivers Casino and Hotel sits on 100 acres of rolling dunes, and makes a perfect base for your exploration of the central Oregon coast. Each of the hotel’s 93 rooms and suites boasts a 42” LCD TV and cushy comfortable king-sized beds amid warm, relaxing decor. Three Rivers has 5 restaurants.
Ocean Dunes Golf Course
Restoration Forest Plan.
Blue Earth Services & Technology, LLC., (BEST) is a wholly-owned business enterprise of the Confederated Tribes of Coos, Lower Umpqua and Siuslaw Indians and was established in 2012, now operating as a subsidiary of Blue Earth Federal Corporation (BEFC), its parent holding company. As a Certified Native American-owned Small Business, BEST has inherited the many years of general construction experience formerly undertaken by BEFC, providing quality workmanship for single and multi-family housing, and commercial and institutional buildings.

The Confederated Tribes of Coos, Lower Umpqua and Siuslaw Indians are made up of 3 tribes (4 Bands): 2 bands of Coos Tribes: Hanis Coos (Coos Proper), Miluk Coos ; Lower Umpqua Tribe; and Siuslaw Tribe. (Federal Recognition Restored 10-17-84)
The Tribal Council shall consist of a Tribal Chief, elected by the general council for a term of 10 years and six (6) members elected by the general council to terms of office of four (4) years each. The Council shall elect a Chair and Vice-Chair from within its membership. The Tribal chief is a voting member of the council.
The Tribal Council shall have the authority to exercise all legislative and executive authority of the Tribes, except that specifically vested in the general council by the constitution.