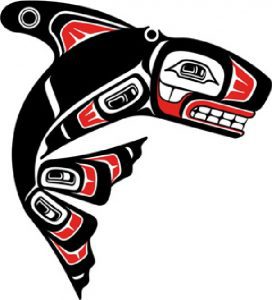 Referral authorization for CHS and BHP

All Tribal services are located on the Port Gamble S’Klallam Reservation. During the first month of 2001, the primary health clinic moved to a 4,700 square foot facility with seven exam rooms and a large procedure room. A four-chair Dental Clinic was added to the Health Center in 1996. The Health Center also houses HHS Administration and various health and human service programs including community health services, maternal child health, and emergency medical services. Youth prevention programs are housed in the nearby Youth Center. The Tribe’s Wellness Program is located about a half mile away.

According to the Portland Area Indian Health Service (IHS), the user population for 1998 is 893. During year 2000 about 949 people were served with 4,774 visits. The Tribe maintained its health programs under the status as a Federally Qualified Health Center between August 1, 1995 and December 31, 1998. The Tribe now bills Medicaid under the Memorandum of Agreement between Indian Health Service and Health Care Financing Administration. The Tribe is still billing Medicare as a Federally Qualified Health Center. The HHS Department plans to request a review through Accreditation Association for Ambulatory Health Care (AAAHC) in the future. A Health Advisory Committee meets monthly to guide the programs and policies of the Health and Human Services Department. Tribal members eligible for Contract Health Services are required to use the Tribal Health Clinic as a primary care resource and referral center. Over the past several years, the Port Gamble S’Klallam Tribe has been able to significantly expand the programs and services within the Health and Human Services Department and provide extra Contract Health Services (CHS) benefits to the tribal community. The Tribal Clinic is a primary care case manager for the State of Washington Healthy Options program and a primary provider for the Basic Health Plan, a State subsidized health program. The Tribe purchases health care coverage through the Washington State Health Care Authority’s Basic Health Plan. This approach to health care has been able to sustain the costs of additional providers and administrative billing staff. The Tribe is managing the Dental Services Program for all Native Americans in Kitsap County. Construction of the four chair dental facility was completed in April, 1996, and new equipment was installed. Additional dental staff were hired to address the serious need for dental services and the range of services expanded. Emergent, routine and reconstructive dental services are provided. A hygienist provides dental hygiene care, oral health education and prevention efforts. A contractual endodontist provides on-site services to children twice monthly, and the Tribe has an on-going contract with an oral surgeon for referral purposes.

The Community Health Department provides health and social services to the Tribal community. They are responsible for a maternal child health program that includes a First Steps Program for high risk pregnant women, WIC, childbirth education, testing of children with possible FAS/FAE,coordination of an infant and toddler car seat and seat belt safety program. They also collaborate with the Health Clinic and the Tribal Early Childhood Education Department on immunizations and health outreach. A home health nurse visits frail and ill elders in their home as well as coordinates our breast and cervical health program and diabetes program. The Department established and implements an annual Health Fair and Fetal Alcohol Syndrome (FAS) Conference.
The Tribe’s Emergency Services Program coordinates response with a nearby fire district and responds to Reservation emergency medical and trauma situations. An ambulance is used to provide basic life support transports. The HHS Department contracts with nine individuals who work on an on-call basis. Two of them are Emergency Medical Technicians.
The Tribe began a Family Assistance Program in October, 1998, taking over TANF from the State. The Tribe has compacted TANF, Work First, Welfare to Work and other federal employment programs through a Bureau of Indian Affairs (BIA) 477 plan. Many of the Tribe’s social service programs (LIHEAP, food vouchers, etc.), which assist individuals and families, are managed through the Family Assistance Program. The Tribe has also begun to implement it’s own federally funded child support program.
On the North Side of the Tribal Center a new Youth Center was dedicated in January, 2010. The new building features spacious areas for recreation, arts and crafts, and computer use as well as a high tech media studio and a covered outdoor patio for youth activities. It also includes two meeting/counseling rooms, staff offices, and a kitchen.
The Tribe’s Wellness Programs (Mental Health, Chemical Dependency Treatment and Prevention) are located about two miles away near the south entrance to the Reservation.

The Port Gamble S’Klallam Tribe is a sovereign nation, which exercises full governmental control over its land and resources. The Port Gamble S’Klallam reservation is located in north Kitsap County, Washington. The Tribe is a federally recognized Tribal Government organized under section 16, Indian Reorganization Act of 1934 (25 U.S.C. 476, 48 Stat. 984). They are a signatory to the Point No Point Treaty of 1855 with the United State Government and retains all rights not ceded in that treaty (“Reserved Rights Doctrine” U.S. v. Winans, 198 U.S. 371 (1905)). In November 1853, Isaac Stevens, Governor and Superintendent of Indian Affairs for the new territory, arrived in Olympia and promised that extinguishing the Indian land title was foremost on his agenda, to be resolved through the treaty-making authority granted him by the federal government. In the winter of 1855, the S’Klallam, Chemakum and Twana tribes gathered at the northeast point of the Kitsap Peninsula, Known as Point No Point, to negotiate a treaty with Isaac Stevens. On a cold January day, the S’Klallams signed away their title to 438,430 acres of ancestral lands.

Terms of the Point No Point treaty were poorly understood by the Indians. Negotiations were conducted in the extremely limited Chinook Jargon, a trade language consisting of a few hundred words, and the Euro american concept of private property was foreign to Native peoples’ communal, family-based sense of territory.
The treaty itself contained two inconsistent provisions: The S’Klallams secured the right to fish in their usual and accustomed grounds and stations, but they were assigned to the Skokomish Reservation 100 to 180 miles away from their usual and accustomed places along the Strait of Juan de Fuca and the mouth of Hood Canal. Population pressure from settlers rendered the treaty out of date before it was even ratified by the U.S. Senate four years later. Goods promised to the Indians under their treaty of January 1855 were not distributed for the first time until 1861. From the time of white settlement, until their treaty rights were recognized by court decision in the 1970s, the S’Klallam Nation faced fundamental challenges to its existence.
In 1963, the United States government purchased Point Julia and some surrounding parcels that were owned by the Puget Mill Company, in order to create the 1,231-acre Port Gamble S’Klallam Reservation. In 1939, gasoline was poured on some of the houses at Point Julia and the village was burned to the ground.

The Salish people were well established in the Puget Sound basin by 1400 A.D, having arrived from the interior by way of the Skagit and Fraser rivers.
For centuries, the Salish occupied the shores of the Straits of Juan de Fuca, Admiralty Inlet and Puget Sound, adapting their lives to the natural bounty of the land, rivers and sea. Permanent villages of plank and pole houses provided shelter for groups of extended families through the wet winters, which was a time of ceremonial and religious activities. In the spring, individual families made their seasonal rounds and camping at traditional fishing, hunting and gathering sites throughout their territory. Rush mats and notched cedar poles provided temporary shelter.
The S’Klallams were gathered in at least 15 villages stretching along the south shore of the Straits of Juan de Fuca. They enjoyed friendly relations with their Salish-speaking neighbors the Twana, and shared fishing sites with them in Hood Canal. The first contact between the S’Klallams and Europeans occurred in the last year of the 18th century, when English and Spanish explorers penetrated the Straits of Juan de Fuca, seeking the legendary Northwest Passage. After the explorers came fur traders, missionaries, gold seekers, then the settlers.

Profound cultural changes followed contact with Euro americans. Disease, such as smallpox, for which Native Americans had no immunity, devastated the population and social fabric of the S’Klallams. Estimates of mortality among the Pacific Northwest Indians, resulting form European-born disease, range as high as 90 percent. Hudson’s Bay Company records suggest there were approximately 1,500 S’Klallams in 1845. By 1853, when the Washington Territory was created, government records indicated that S’Klallam numbers had dwindled to only about 400.

The S’Klallams are inland salt water and river people and their graceful cedar dugouts were this region’s first traditional small craft. The canoe played a critical role in the native lifestyle and today it continues to play a significant part in contemporary northwest Indian culture. The S’Klallam Nation (which today includes the Port Gamble, Jamestown and Lower Elwha Tribes) is participating in a region-wide revival of the traditional canoe. In 1989, Port Gamble S’Klallam tribal members voyaged to Seattle in their hand-carved craft with a flotilla of more than 30 other dugouts. And again in 1993, they completed a 500-mile trip voyage to Bella Bella, British Columbia for a gathering of Coastal tribal nations.

Most of the land on the Port Gamble S’Klallam Reservation is in forestry with residential, business and office areas. The lands rise from the beach to a gently rolling terrain. The Reservation is located on the tip of the Kitsap Peninsula, near the towns of Kingston and Poulsbo. It is connected to the mainland through the Tacoma Narrows Bridge, and it is accessible to the Edmonds and Seattle areas by ferry and the Olympic Peninsula by the Hood Canal Bridge.

The tribe’s headquarters is in Kingston, Washington.

he S’Klallam were called the Nux Sklai Yem, Strong People. Historically, they belonged to the Salish speaking people who lived from the central British Columbia Coast to northwestern Oregon and the interior Fraser and Columbia River basins.

During the 1980s the Port Gamble S’Klallam began to assert authority over their economic development, creating a gas station store, mobile home park and 20 acre business park on reservation lands. Tribal staff was increased from one dozen to over 50 people. An Economic Development Authority was created to support existing operations and to create new enterprise, and the Tribe began to administer Federal economic development grants. Federal officials controlled the grant contracting process with regulations left little room for tribal flexibility. In order to assume full responsibility in the protection and advancement of their culture, economic and political goals, the Port Gamble S’Klallam Tribe joined the Tribal Self- Governance Project in 1990. Self- Governance returns decision making authority and management responsibility to the Tribes. Economic development is viewed by the Tribe as the development of human resources, not just jobs and revenues, and earnings are reinvested in the community.

The Tribe is governed by a Constitution and Bylaws and a comprehensive series of code laws covering a full range of procedural and substantive areas including: criminal and traffic violations, family protection (dependent children, guardianship, adoption and domestic violence), housing, fishing, hunting, land use, civil matters, etc. A six member Tribal Council that was delegated legislative authority by the General Council governs the Tribe.
The reservation is 1,303-acres large.
The Reservation receives approximately 20 inches of rain per year due to its location in the Olympic Mountain rain shadow.
Most of the land on the Port Gamble S’Klallam Reservation is in forestry with residential, business and office areas.