The Indian Health Service owns and operates the David C. Wynecoop Memorial Clinic (DCWMC), a comprehensive ambulatory care facility in Wellpinit on the Spokane Reservation. The DCWMC is dedicated to the memory of David C. Wynecoop, Sr. He was a member of the Spokane Tribe of Indians and he served as Service Unit Director until 1985. Mr. Wynecoop had a very significant effect upon the health and welfare of the people of the Kalispel and Spokane Tribes. 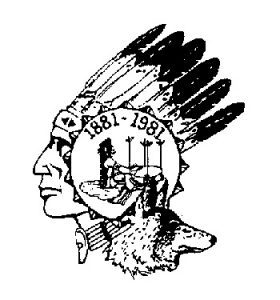 The Clinic had 7,818 primary care patient visits and 9,306 other patient visits for a total of 17,124 patient visits in FY 1996. The enrolled tribal population is 2,153, and the Indian population living on or near the Spokane Reservation is 1,230. IHS figures for 1996, list 4,009 registered patients and 2,700 active users for the Wellpinit Service Unit. The leading causes of death are heart disease, motor vehicle accidents, malignant neoplasm, cerebrovascular disease and cirrhosis of the liver. There were 1940 Active users in 2002. In FY 2003 23,736 outpatient visits were made to the DCWMC. The total active patients served at the DCWMC is 2,316.

The Spokane (or Spokan) are a Native American people in the northeastern portion of the U.S. state of Washington. The Spokane Indian Reservation, at 47°55′42″N 118°02′45″W, is located in eastern Washington, almost entirely in Stevens County, but includes two very small parcels of land (totaling 1.52 acres) and part of the Spokane River in northeastern Lincoln County.

The Spokane Tribe of Indians are of the Interior Salish Group, which has inhabited northeast Washington, northern Idaho and western Montana for many centuries. The city of Spokane, Washington takes its name, which means “children of the stars or the Star People”, from them.

The Spokane Tribe’s reservation consists of 154,000 acres in eastern Washington of which 90% is held in trust by the federal government. The Spokane Indian Reservation was established by an Executive Order of President Hayes. According to Lewis and Clark, in the early 19th century they lived in the vicinity of the Spokane River and numbered around 600. The 2000 census reported the resident population of the reservation at 2,004 persons, living on a land area of (237.518 sq mi). They called themselves simply Sqeliz – “The People”. The Spokane Tribe comprises five bands: sntu/t/uliz, snzmeme/, scqesciOni, sl/otewsi, hu, sDmqeni.

For thousands of years the Spokanes lived near the Spokane River, living by hunting and gathering.[citation needed] Spokane territory once sprawled out over three million acres of land. The Spokanes constructed permanent villages for the winter by the river for fishing and huts in the mountains for gathering. Other Indian people began to influence the Spokanes introducing them to horses and plank houses. The first white men to contact the Spokane were explorers and fur traders. A trading post known as Spokane House was constructed near the confluence of Spokane and Little Spokane Rivers around 1810. The Spokanes suffered from introduced diseases, including smallpox. Land-grabbing by white settlers was exacerbated by a lack of legal controls to prevent injustice. By the 1860s, settlers were driving into the West pushing out the original inhabitants, such as the Spokanes. The Spokane Indians, among many other Indians, were given English names. The Spokanes made a number of agreements with the federal governments in the late 19th century. In 1877 the Lower Spokane relocated to the Spokane Reservation which was declared a reservation in 1881. In 1887 the Upper and Middle Spokane agreed to move to the Flathead Reservation and Coeur d’Alene Indian Reservation.

The reservation is on the north bank of the Spokane river northwest of Spokane; the west end is directly across the Columbia River from southeast corner of Colville Reservation. Both rivers are backed up as part of Roosevelt Reservoir behind Grand Coulee Dam. The clinic is located on the Spokane Indian Reservation in the northeast section of Washington State occupying the southern portion of Stevens County. Geographically, the northern border is the 48th latitude with the Spokane River the southern border and the Columbia River its western border. It is mountainous region covered with timber and varies in elevation from 1,000 feet to 4,000 feet. On plateaus and valleys, farm land is relatively extensive while mountain areas are heavily timbered with frequent scattering of lakes, streams and ponds.
Principal industries: Wood products, mining, metals processing.

Their language belongs to the Interior Salishan family. The language they spoke is closely related to Okanagan and others in the area.

Salish-Spokane-Kalispel language is an Interior Salish language spoken in three dialects in Northern America, particularly in the northwestern areas of the United States. It is one of five Southern Interior languages, belonging to a larger group of Salish languages that includes Lushootseed and Squamish (both are Central Coast Salish). The three dialects of Spokane-Kalispel include Spokane, Kalispel (sometimes known as Pend d’Orielle), and Flathead (sometimes known as Montana Salish or Salish proper). As of 2008, there were 70 speakers of the three dialects on reservations in Montana, Idaho and Washington state. Specifically, there were two fluent first-language speakers of Spokane, a married couple both over 70; 60 fluent first-language speakers of the Flathead dialect, most over the age of 65; and a few speakers of Kalispel, where there is little known information.

There are several revitalization efforts for the Spokane-Kalispel dialects. Those promoted through the internet focus on revitalization through language schools and immersion programs. One such effort is the Salish School of Spokane, which offers language immersion to children between the ages of three and eight. The program is a full-time school that operates Monday through Friday from 9 a.m. to 3 p.m. in addition to before- and after school care for children. Additionally, the school offers free Spokane classes to community members one night a week, with the option of scheduling further classes on an individual basis.

Uranium was discovered on the reservation and mined from an open pit 1956-1962 and 1969–1982, at the Midnite Mine. The now inactive mine is on the list of Superfund cleanup sites with contaminates including metals, radionuclides and acidic drainage.

Tribal membership as of April 2011 is 2708, strong and growing. As in the past, national resources are protected by the Spokane Indians. Today, the Spokane Indian Reservation has: 108,874 acres of forest land, 8,552 acres of agricultural land, 10,328 acres of lakes, and 25 maintained camp sites.

There are 2,153 enrolled members (est. 2004). The tribe’s governing body is a five-member business council elected at large by the tribal membership. The tribe maintains an economic development plan.