The Takopid Health Center is a “one stop” facility serving the community. It offers a wide spectrum of high-quality care in a friendly, familiar setting. The Center is staffed by motivated, concerned and experienced professionals, technicians and support staff.
Medical Services:
Preventive care
Pharmacy
Prenatal care 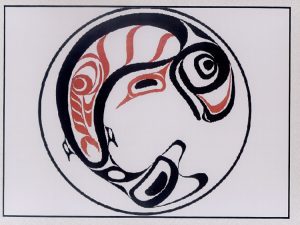 The Puyallup Tribal Health Authority (PTHA) was the first ambulatory health clinic in 1976 to enter into a 638 “self-determination” contract with the Indian Health Service. As a 501(c) 3 organization chartered by the Puyallup Tribe, PTHA has demonstrated commitment to quality through national accreditation by Accreditation Association for Ambulatory Health Care (AAAHC) and Commission on Office Laboratory Accreditation (COLA).
The AAAHC accreditation certificate is a symbol that an organization is committed to providing high-quality health care that it has demonstrated that commitment by measuring up to the Accreditation Association’s high standards. COLA accreditation is given only to labs that apply rigid standards of quality in day-to-day operations, demonstrate continued accuracy in the performance of proficiency testing, and pass a rigorous on-site laboratory survey.

The 18,603 SF Puyallup Tribal Treatment Center provides outpatient chemical dependency treatment services. The is staffed 24 hours per day, seven days per week. The treatment center also provides outpatient counseling, anger management, and other support groups. The 20,000 SF Kwawachee Counseling Center provides outpatient mental health counseling services located on the second floor that includes medication management services for acute and chronic mental health conditions. The first floor of Kwawachee Center has the Spirit House, a large meeting area modeled after a Pacific Northwest longhouse seating about 180 people. The Cultural Coordinator’s office is adjacent to the Spirit House that coordinates schedules, traditional, healers, and cultural activities for the PTHA.
The Salish Integrative Oncology Care Center (SIOCC) is the first Tribal-owned Cancer Care Center in Indian Country and the United States, SIOCC will be a new, state-of-the-art Cancer Care Clinic in Fife, Washington, the heart of the Puyallup Indian Reservation. The new 8,200 sqft cancer center will have 23 infusion chairs that will be housed on the first floor of the Puyallup Tribe-owned Trans Pacific building, located at the Interstate 5-Port of Tacoma exit. The grand opening is expected to be early spring of 2015. The SIOCC will be staffed by board-certified medical oncologists and naturopathic oncologists, as well as natural cancer care and complementary cancer care practitioners who are experts in providing innovative treatment for most types of cancer.

Youth Treatment Services – PTTC’s youth treatment program gives our children a safe place, in their own community, to seek help for drug and alcohol abuse. Our comprehensive services are family-focused, with treatment consisting of group and individual counseling.

Gambling Addiction Problem – gambling is a condition that affects millions of Americans. Treatment for pathological gambling is offered at PTTC on an outpatient basis and includes group and individual counseling.

Diabetes Program – Managing your diabetes means taking care of the whole person. The PTHA Diabetes Program offers a variety of services to provide a basis for good health.

PTHA Quit Tobacco Program – The Puyallup Tribal Health Authority offers a one-on-one personalized program to help people quit smoking and chewing tobacco.  Seventy-five percent of the participants that complete the program are tobacco free at the end of the first year.

In their native language, they were known as the spuyaləpabš (phonetically: spooy-all-up-ahbsh), meaning “generous and welcoming behavior to all people (friends and strangers) who enter our lands.” Today they are known as the Puyallup Tribe of Indians.

The Puyallup Tribe is part of the Puget Sound Salish Indian culture which flourished in the Pacific Northwest. Salmon was the main food and important in their ceremonies. The Western Red Cedar was used abundantly for clothing, basketry, and lodging. They were fishermen, gathers, and hunters. The Puyallup Tribe established relations with the United States government on December 16, 1854, soon thereafter they signed the Treaty of Medicine Creek. Article 10 of the Treaty provides for a physician to look after the healthcare of the Puyallup Tribe. The Puyallup Tribe believes medical care to be a treaty right and paid with ceding vast tracts of tribal land and resources. This right to self-government was reaffirmed in the Medicine Creek Treaty and the Constitution and bylaws as amended, which have been approved by the United States Department of Interior.

The Puyallup and United States representatives had such different conceptions of property that they did not fully understand each other’s position. While the tribe lost most of its historic territory, it retained rights for fishing, hunting and gathering on that land. The Puyallup Tribe believes medical care to be a treaty right and paid with ceding vast tracts of tribal land and resources.

The Puyallup Indian Reservation (47°14′38″N 122°22′15″W) today is one of the most urban Indian reservations in the United States. It is located primarily in northern Pierce County, with a very small part extending north into the city of Federal Way, in King County. Parts of seven communities in the Tacoma metropolitan area extend onto reservation land; in addition the tribe controls off-reservation trust land.

In decreasing order of included population, the communities are Tacoma, Waller, Fife, Milton, Edgewood, Puyallup, and Federal Way. The reservation has a land area of 73.935 km² (28.547 sq mi), and a 2000 census resident population of 41,341 persons. These are predominantly non-Native Americans. The tribe has 4,000 enrolled members, of whom 2500 live on the reservation.

The principal city is of Tacoma with has a population of 185,000 in the 49 square mile area. Tacoma is located on Commencement Bay in the lower Puget Sound, 36 miles south of Seattle, 28 miles north of Olympia, and 18 miles from Seattle Tacoma International Airport. The Puyallup Tribal Reservation covers a few square miles located within the city limits of Tacoma. Nearby is Mount Rainier, which towers to 14,411 feet. Puget Sound also gives opportunities for boating, fishing, sailing, jet skiing, and windsurfing. Typical summer afternoon temperatures range in the 70s and low 80s with average winter temperatures in the 40s. Summer afternoon winds range from zero to 15 mph are ideal for sailing on Puget Sound and lakes within the county. Three quarters of the annual rainfall is accumulated from October through March. July is the driest month and December the wettest. Snowfall generally melts before it accumulates, except in the mountains. Altitude ranges from sea level to 14,411 feet at the summit of Mount Rainier.

The Puyallup tribe originally spoke the Puyallup Nisqually language of the Salishan family of languages, predominant among Northwest Coast indigenous peoples. They share a culture similar to that of other Northwest tribes

The Tribe is part of the Salish speaking people of the Pacific Northwest. Their particular dialect is called the “Lushootseed.” Relatives in the neighboring tribes all spoke the same stock language, but many had different dialects. Many were intimately related by marriage and were connected by common religion observances, myths and traditions.

The Puyallup Tribe has an extensive business structure based around Tacoma, WA. With over 60 departments, programs, and several related entities; the goal of the tribe is to meet the needs of tribal members, as well as our surrounding communities. They are recognized as a major employer in Pierce County.

Among its programs, the tribe operates the Chief Leschi School for tribal children.

The first council of five people was elected in 1936. In 1991 changes were made to council to increase from five to seven members.
Today the Tribal Council is a seven person elected body that oversees the operation of all programs which the tribe manages. It is the governing body of the Tribe in accordance with the authority of its sovereign rights as the aboriginal owners and guardians of their lands and waters. The Council serves three-year terms. They are elected by the general membership. The tribe at large also elects a chairman, who works directly with the Council.
The Tribal Council began seeking funding to build a new facility to accommodate not only the Puyallup membership but also the large Indian population in Pierce County. It is estimated that this population exceeds 32,000 Native Americans. After a number of years of actively seeking to meet this goal the dream became a reality. Today the Puyallup Tribe has a model clinic, one of the finest anywhere in the United States of America. Services are provided to over 10,000 people a year. There are over 120 different tribes represented in the service population. The clinic is open five days a week.

According to the census, more than 72 percent of the residents within the reservation boundaries identified as only Caucasian (European-American), and 3.2 percent identify as solely of Native American ancestry. The Puyallup, as with other Native American tribes, have long assimilated other ethnicities through intermarriage and adoption. They have brought up ethnically mixed children to identify with the tribe, both culturally and ethnically.