The Stillaguamish Tribe’s health clinic is located in space shared with tribal administration. The 1,040 SF building provides primary care services. The clinic has a counseling office and exam room. The program is operated by the Tribe under an IHS funded P.L. 93-638 Title I contract. Programs include alcohol counseling and elder services. The Tribe employs a mid-level practitioner who is either an RN, NP or PHN, a physician’s assistant and contracts with an MD for services. Stillaguamish bills for laboratory costs but does not bill Medicaid or Medicare. The Tribe’s Contract Health Service Delivery Area (CHSDA) is Snohomish County.
Services are available to Stillaguamish Tribal Members, other enrolled Native Americans, and Tribal / Casino employees and their families. Conveniently located near the Cascade Valley Hospital in Arlington.

The Behavioral Health Program of the Stillaguamish Tribe of Indians is dedicated to assisting individuals, families and the community to improve individual functioning and elevate the quality of life for all. Available to Native Americans and non-natives alike, the Chemical Dependency Programs are committed to providing treatment of the highest quality by licensed and deeply caring experienced professionals. The Stillaguamish Behavioral Health Program is a chemical dependency facility that provides quality services for the members of the community who are currently struggling with addictions to mind & mood altering drugs. Our staff consists of caring individuals that pride themselves on assisting others on the path to recovery. 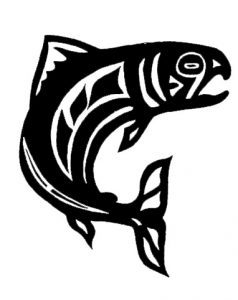 Island Crossing Counseling Services (ICCS) mission is to assist individuals, families, and the community to achieve a lifestyle of sobriety and health. Our ultimate goal is the development of a community of sobriety in which sober, healthy living is the norm, and individual responsibility is accepted by all members of the community. By assisting one individual or one family at a time, we build a community of sobriety one individual or family at a time. As the community grows, it becomes easier for individuals to choose sobriety, healthy living over substance abuse and dependency. To Initiate Opiate Replacement (Methadone) Treatment for a new patient an assessment must be completed

The enrolled tribal population is 237 and the Indian population living on or near the reservation is 487. The active health clinic user population is 149. The leading causes of death are heart disease, malignant neoplasm, cirrhosis of the liver, accidents other than motor vehicles, and cerebrovascular disease. There were 141 Active users in 2002.

The reservation spans 64 acres from the Angel of the Winds Casino to 236th Street Northeast. A reservation is an area recognized by the U.S. government as a permanent homeland for a Native American tribe. A tribe can be recognized by the government without having a reservation.There are nearly 300 members of the Stillaguamish Tribe. It’s been 38 years since the tribe gained federal recognition, and at least 28 since leaders first tried to establish a reservation.Their first attempt was rejected by the U.S. government because one of the properties did not meet all the requirements for being a tribal trust land, meaning the federal government owns the land but the tribe manages its use.For years, the tribe stopped pushing for a reservation. Members of the tribe found homes throughout Snohomish County, many in Arlington, Stanwood and Marysville. The Stillaguamish Tribe was one of more than 22 that signed the Point Elliott Treaty of 1855, handing over several million acres to the U.S. government for minimal compensation. The Stillaguamish kept their fishing rights and gained federal recognition as a tribe in 1976. Though most of the tribes in Washington now have reservations, at least three are still working on designating land and gaining approval.

The Tribe’s constitution, approved by the Tribal council on January 31, 1953, provides for the administration responsibilities of Tribal government to be handled by the popularly elected six-member Stillaguamish Tribal Council. The Tribe petitioned the Secretary of Interior to acknowledge them for recognition as an Indian Tribe in 1974. On February 7, 1979, the Stillaguamish Tribe was listed in the Federal Register as eligible for Indian Health Service care and became part of the service population served by the Puget Sound Service Unit.

The new River Rock Smoke Shop is currently under construction and scheduled to open in May 2016. The business development department is also working on a new digital billboard venture, opening in the summer of 2016. The Angel of the Winds Hotel project was successfully completed in December 2014. The new River Rock Tobacco & Fuel was successfully completed in February 2014. The Stillaguamish built the Angel of the Winds Casino on tribal land where gaming was permitted under federal law. A 125-room hotel, a gift shop and a smoke shop are under construction adjacent to the casino. The hotel is scheduled to open by spring 2015. Roadwork is also planned around the casino to patch up and widen streets and add lighting. They try to keep most of the main infrastructure as close together as possible. Pulling tribal services together also lowers costs because resources can be concentrated in one area.
Major industries in the area include aircraft manufacturing (Boeing), wood products, food processing, electronics and software.

The tribe is governed by a six-member, democratically-elected General Council.

Rainfall averages about 35 inches per year, and temperature extremes are rare.