Camas Center Clinic
Our Medical and Dental services are a part of the Kalispel Tribe’s vision for improving the standard of living among tribal members and the community. We hope to embody this vision through providing comprehensive health care. The clinic is located on the Kalispel Indian Reservation in the Camas Center for Community Wellness on the North end of the building. 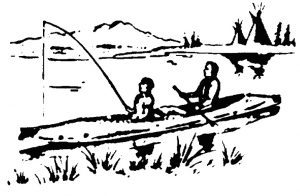 Camas Path BHS offers structured outpatient services to all members of the Kalispel Tribe of Indians around Spokane, Washington. From chemical dependency to mental health and gambling addiction, there are a variety of programs for different kinds of struggles. The overall goal of this facility is to lead clients into a healthy and active lifestyle, while letting go of behaviors that no longer serve them.

Camas Path BHS treats a wide variety of ailments, using psychotherapy to help clients overcome their struggles. With this program being specific to Kalispel tribe members, Native American traditions and spirituality is weaved into the program. While this is not 12-step based, the 12 steps do manage to come through in the form of the Red Road to Wellbriety. Overall, this program aims to help clients rehabilitate from all angles.  Camas Path BHS cost: Sliding scale or free. Camas Path is the fulfillment of the Kalispel Tribe’s vision of education, employment, and community involvement. This program allows Kalispel Tribal members, members of other Native American tribes and the community as a whole to learn and grow in a positive environment that encourages individual development.

During the mid to late 19th century, the Kalispel Tribe of Indians worked to preserve its culture and life in the midst of increasing white settlement in the area. Roman Catholic priests began working with the Tribe in 1844. In 1855, the Upper Kalispel Tribe ceded its lands and moved to the Jocko Reservation in Montana at the request of the U.S. Government. The Lower Kalispel Tribe, ancestors of today’s Kalispel members, refused to give up ancestral lands and continued to work toward an agreement that would allow the Tribe to remain on its homeland.

During the late 1800s, while most other tribes were going through the process of having reservations established, the Kalispel Tribe of Indians had almost no relationship with the federal government. Congress did propose a treaty in 1872, but the terms were poor and the Tribe refused to sign it. By 1874, Congress had stopped establishing treaties with tribes altogether, leaving the Kalispel Tribe with no legal protection.

By 1875, the Tribal population had shrunk to only 395 people. From 1880 to 1910, as more white settlers moved into Kalispel territory, the Tribe witnessed its land disappearing, but could do nothing to prevent it. Many of the white settlers filed claims under the Homestead Act in order to “legally” obtain land which was rightfully home for much of the Tribe. This time period also introduced the widespread use of alcohol, which many consider to be a fundamental source of the breakdown of the family unit.
For generations, Kalispel members remained trapped in a substance environment in 1965, only a couple of homes on the reservation had running water and there was only one telephone for the whole Tribe. The average annual income for a Tribal member was approximately $1,400.
The Kalispel Tribe of Indians has faced several challenges associated with life in remote rural areas such as unemployment, inadequate housing, limited economic opportunities and prejudice. With most of the land on the reservation unsuitable for development, the Tribe has had to develop innovative ways to create opportunity for Tribal members.

Kalispel people are thought to have come from British Columbia. In the 18th century, Blackfeet people pushed them from the Great Plains to Pend d’Oreille River and Lake Pend Oreille. The town of Kalispell, Montana is named after the tribe. The Upper Kalispel were forced onto an Indian reservation in Montana, while the Lower Kalispel remained on their homelands in Washington.
The Kalispel Indians were semi-nomadic hunters, diggers and fishermen. They were often called the “river/lake paddlers.” The Kalispel Indian Reservation is located in Usk, Washington in Pend Oreille County.
Location: 55 miles north of Spokane in Pend Oreille County along 10 miles of the Pend Oreille River and 40 acres of trust land in Airway Heights.

The Kalispel Reservation was established by the President of the United States on March 23, 1914. The original Reservation was approximately 7 square miles in size and located in Pend Oreille County on the east bank of the Pend Oreille River and close to the towns of Usk and Cusick. Since that time almost four square miles of Tribal Trust land has been added to the Reservation, including a half square mile in the City of Airway Heights, where the Tribe has constructed a resort hotel and casino, a gas station and convenience store, and other economic opportunities. The Tribe holds five and a half additional square miles of property throughout northeast Washington and northern Idaho, almost entirely for the preservation of forests and other natural resources with a small amount held for limited economic development. Each year, the Kalispel Tribe of Indians moves closer to achieving its goal of self-sufficiency and increased economic opportunities. By working together with the community, the future holds endless possibilities for growth.

The Kalispel Tribe currently consists of about 450 members and their families, with 168 under the age of 18. A further 54 are 55 years old and older, and are honored as elders of the Tribe. Approximately one-third of the membership lives on the original Reservation, as well as a number of related families and members of other tribes, most notably the Spokane, Colville, and Flathead peoples. Many of the remaining members live in the surrounding counties of Spokane and Pend Oreille. .
Demographics: Approximately 54 percent of current membership is under age 18 and the smallest percentage of members is the Tribal elders.
Tribal Residence: 1/3 live on the Reservation, 1/3 live in Spokane, 1/3 live throughout the rest of the United States.

The tribe’s headquarters is in Cusick, Washington. The tribe is governed by a democratically-elected, five-member tribal council.