I first visited Renea Menchaca at Portland’s Native American Youth and Family Center the week of their Queer Prom. Renea sat at a sewing machine, altering a dress for one student as two others flitted in and out of a nearby supply closet, trying on dresses and modeling them for their teacher. As Renea sewed, she said to me, “Growing up, I didn’t have much community support. In the 70s and 80s, we didn’t have the term Two Spirit. My mother said we were gifted, but we couldn’t tell anybody. She was afraid of the harassment and discrimination we would face.”

Renea identifies as a generational Two Spirit person. Her mother, her aunt, her uncles, and both her children identify as Two Spirit. “Sometimes, people get confused,” she says, “because they think Two Spirit people only date people of the same gender. That’s not true. Some of us have opposite gender partners. We have children. That’s how we procreate and how we survive.”

Renea started working at the Native American Youth and Family Center (NAYA) in 2017. “In my class, students would make comments like they didn’t want to work with gay people. There was bullying. I felt there was a need for a safe space.”

Working with students and other faculty, Renea revived the school’s dormant Two Spirit Safe Space Alliance. When it began, it had three members. Two years later, it has 24. The students who are part of the club have better attendance, better grades, and more engagement with faculty and peers than they did before the club started. 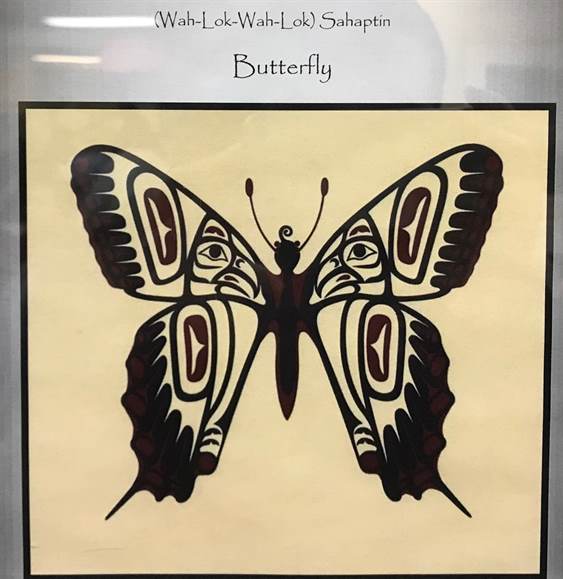 Every Alliance meeting starts the same way—“We open with your name, your pronouns, and your cultural background or tribal identity. It’s a routine. They get used to it, and it feels natural to them.”

Teachers introduce themselves this way, too. “On the first day of school, I say, Hi, I’m Renea. I go by she/her or they/them. I’m Yaqui and Apache. This way, the kids who are new to our school know right away I’m someone who understands about LGBTQ identities, someone they can go to.”

In their first meetings, students in the Alliance discussed how to be comfortable and safe within the classroom setting. They advocated for staff trainings to ensure every teacher would use correct pronouns and names, instead of following the attendance sheet. They also asked for gender-neutral restrooms—“We had a lot of students who are nonbinary, a lot of students who are transitioning and don’t feel comfortable using either men’s or women’s restrooms.” This past summer, the school got its first gender-neutral restroom. “It’s marked in Sahaptin language—walakwálak, butterfly. The kids chose that—as a symbol of transition.”

The Alliance sponsored events like the Queer Prom, where they had a Prom Moon and Sun instead of a King and Queen, a queer indigenous DJ playing music by queer artists, queer-identifying chaperones who ensured every student had a safe ride, and a Glam Room which held wigs, make-up, and clothing the students might not be able to access safely at home. “It was a safe space. They felt that.”

When I ask what advice Renea would give other educators and allies looking to create safe spaces in their schools or communities, she says, “It doesn’t take a lot—reserve a space, maybe call a facilitator to help you, ask for community donations of clothing, like heels or blazers or binders. That’s all you have to do.”

“If there’s negative feedback,” Renea says, “talk about the pre-contact ideas of gender to show that this is part of our culture, part of our tribe, our community. Two Spirit and LGBTQ people of my generation had to go into hiding, but that doesn’t mean we disappeared. Even in the 80s, my mom and her friends would host these house parties. They would bring makeup and wigs and clothing and have private drag shows.  They would have us teenagers record it on VHS. They created their own safe spaces.”

The work Renea is doing today has a similar purpose. “It’s normal for kids to be Two Spirit or LGBTQ. It’s normal for them to come out. They just need to be safe and supported. I had kids who were having suicidal thoughts, because they weren’t getting support from home, from their tribe, or from their school. Just having this group—it alleviated all of that. They actually want to come to school. They finally feel empowered, like their voices are being heard.”

Of the seven graduates last year from NAYA, five identified as Two Spirit and were in the Alliance. All five are now in college, four with scholarships. And the perks aren’t just professional: “I got invited to a coming out party recently, for one of my youth. You just have to start,” Renea says. “Just get started, and the opportunities and successes will come.”

Yours in friendship, Morgan

Interested in starting a Two Spirit Safe Space Alliance in your school or community?