Qualifications of Being is a comic-based zine (a short, self-published magazine) exploring being Trans and Two Spirit. I sat down with author Raven Two Feathers and illustrator Jonny Cechony to talk about how they put this project together.

Raven: The idea came from a meeting with Tracy Rector, the Indigenous filmmaker. I was really in a crux when I was talking to Tracy. I was about to have top surgery. There was so much change in my life that I’d never seen portrayed in the media in any way, and I thought it was necessary to show that this sort of change and upheaval is good and necessary for some people.

Jonny: Raven was trying to think of the best way to tell that story. Tracy brought up the idea of doing a zine. I was like, I can draw!

Raven: Tracy said she would fund it, so we decided to do it!

NPAIHB: In the zine, you talk about your art being tied to your navigation of intertribal identity and Two Spirit identity. Can you say more about that?

Raven: I’m still figuring out how to navigate my intertribal identity. Sometimes it feels overwhelming. I’m Cherokee, Seneca, Cayuga, Comanche. I need to go back home, to the Comanche Reservation. I’ve never been. I need to learn four languages. But it also feels like an honor that I have this connection to so many tribes. It gives me an in—I can talk and work with other nations more easily than if I were tied to just one. In terms of being Two Spirit, I’m relatively out. Being masculine helps. People are less likely to question my gender and how I present than they might be with femme-identifying folks. The term Two Spirit comes with a lot of different bits and pieces—it’s an umbrella term for hundreds of nations’ different traditions. But I feel like it’s given me an ‘in’ to start exploring identity.

NPAIHB: I like the title—Qualifications of Being. What does the title mean to the two of you?

Raven: It is both a way of facing that we will have challenges in our lives and people who doubt who we are, but also that sense of comfort and security—that we do know who we are and we are the only ones who can determine that.

Jonny: There are a few points in the zine where we bring up how labels can be a way to connect identity to community. Qualifications of Being is about being able to choose those labels for yourself. 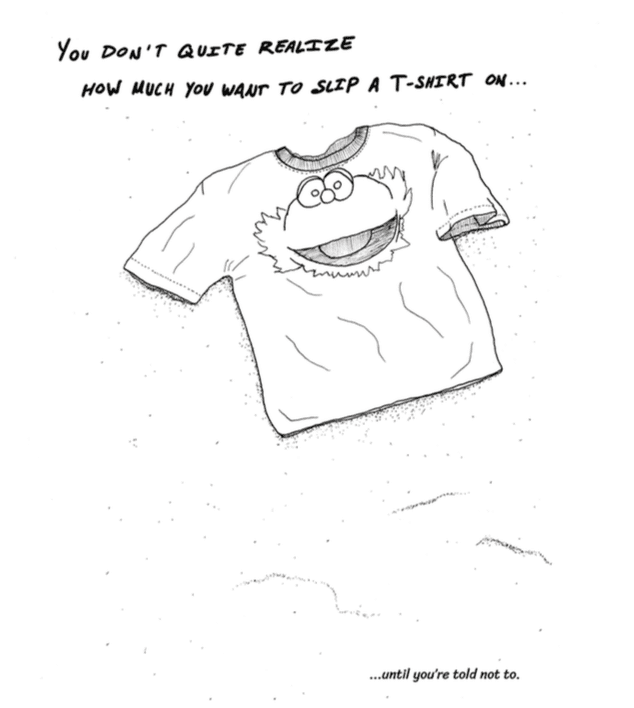 NPAIHB: Raven, you use the phrase “coming out to yourself” after the Two Spirit dinner. Can you say more about that moment? What changed in your knowledge and understanding of yourself after that dinner?

Raven: Before the dinner, I didn’t really feel like I was qualified to be Two Spirit. Back then, I felt you couldn’t take on that label until a community named you a leader. I felt I didn’t have the Native education to call myself Two Spirit. I didn’t know the traditional name for myself in any of my languages. I thought I needed all these prerequisites to take on the responsibility of being Two Spirit.

After I attended that dinner, I was empowered by the elders and the people my age who were supportive, my fellow Two Spirit people, to use that term. People welcomed me. Then, I attended the Two Spirit Gathering last August, and that really opened my eyes to what it’s like to be around a lot of Two Spirit people. When you have a good hundred Two Spirit people all in camp with you together, and you’re learning about their traditional ways, tending the sacred fire, existing in a community of Two Spirit people—it’s like going to your first Pride. You know everyone there is there for you.

Raven: Every single page was talked about and drafted together.

Jonny: We make a joke of this being like our child.

NPAIHB: You end the zine by saying you feel whole. What does that wholeness feel like?

Raven: It’s a feeling that nothing’s amiss with me anymore. Some traditions say you can’t walk on properly if you’ve had any sort of surgery or alteration. My wholeness questions that. When I go about my day now, I don’t have to question whether or not I need to put on a binder or whether I should risk the men’s restroom. I don’t think so much anymore about what the outside world or the western world thinks of me. I can just be myself.

Jonny: You’re not alone. If you exist, there’s probably someone else similar to you out there.

Raven: There’s no expiration date as to when you can start being yourself. Sometimes I think, Am I doing this late? Am I late to the game? But I’m not. I’m on my own path, and I have to remind myself of that. I’m doing what I need to do to feel whole and to make a change in the world.

Raven Two Feathers is at work on a soon-to-be-released virtual reality piece, which documents his drive to top surgery, and a docu-series exploring Indigenous genders. Keep up with Raven on Instagram at raven_two_feathers.

Jonny Cechony is committed to using the zine form to tell other stories. Keep up with Jonny on Instagram at jonnycmakesmedia.