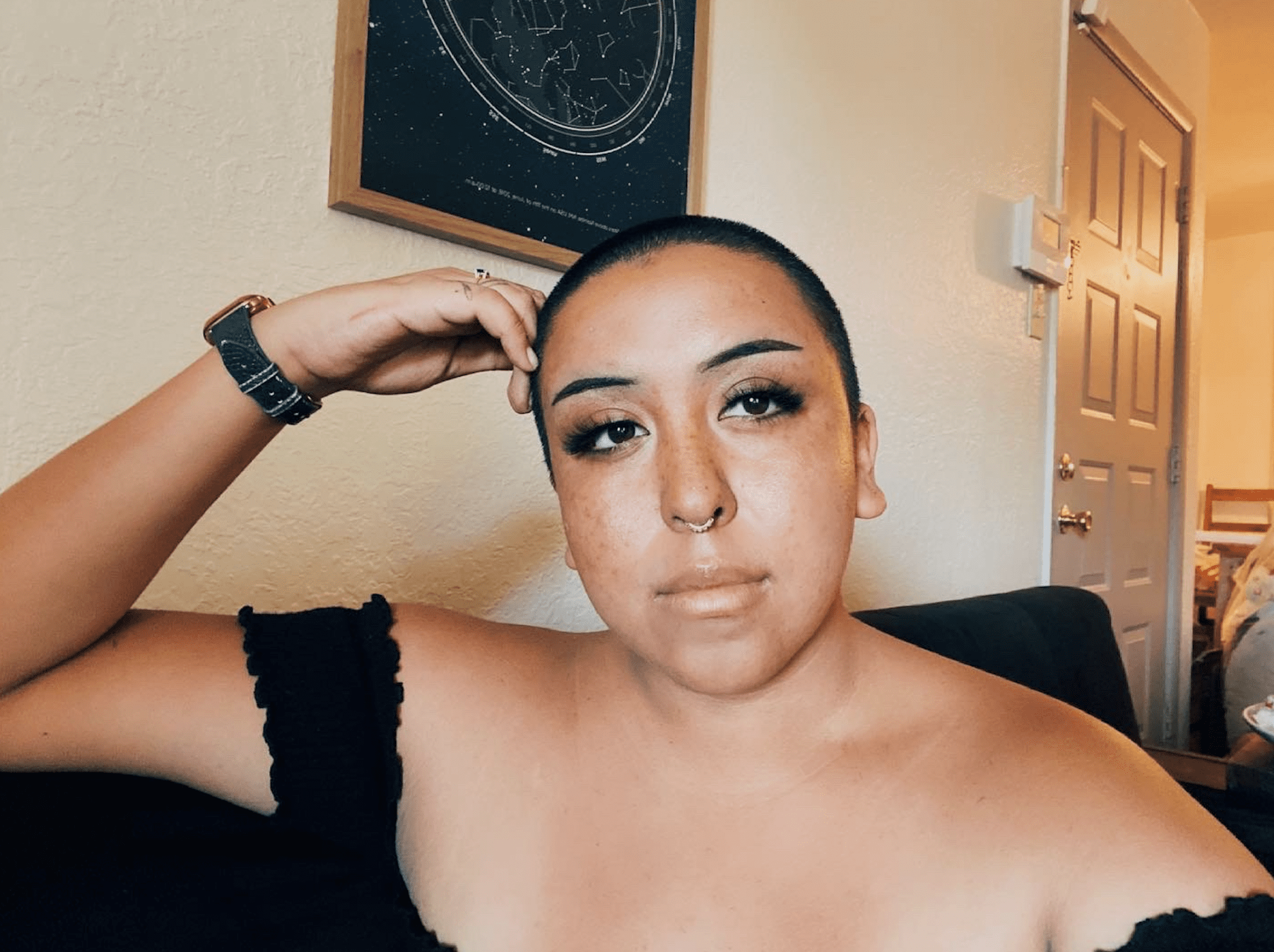 A conversation with Felysha Aragon

My name is Felysha Aragon. I’m from Nambe Owingeh here in New Mexico. My father comes from the Big Island of Hawaii. I use she/her, they/them, he/him pronouns. I really don’t care. I’ve lived most of my life in Hawaii and moved to Albuquerque, New Mexico a couple years ago, which is where I’m living now.

I’ve always known that I wasn’t cisgender or heterosexual. From the time I was a small child. I cried as a kid, because I knew a girl named Max, and I wanted a gender-neutral name, too. I grew up in the era of 2014 Tumblr, where LGBTQ issues weren’t what they are now. Back then, I felt a pressure to identify with one of the little boxes of the settler LGBTQ+ community, even though I didn’t feel like I fit any of those terms. I wasn’t transgender in the traditional sense. Even when it came to lesbian, bisexual, pansexual, I felt conflicted. For me, identity is about breaking boundaries, but those little boxes were about creating new boundaries.

As an Indigenous person, a person of color, I was really aware of the stigma of those words, and the fact that they weren’t words coming from my community. At the end, so many of us as Indigenous people don’t fit any single box or any one Pride flag. We’re like water. We seep. We go where we want to go. That’s the way we’ve always been.

Recently, I’ve started to find articles about groups of people who are using our own traditional terms, taking our own stance. In Hawaiian culture, we have Māhū, which is similar to being Two Spirit, not conforming to a specific gender identity. Being able to come home to that word, to find myself, to be like, “Oh this is who I am. I don’t have to fit into a little box”—it’s been fantastic. And it’s fantastic, too, to see the youth really step up and be like, We’re fluid. You can take us as we are.

What conversations should we be having to encourage those non-categorical approaches to gender and sexuality?

We have to push through stigma. I work on my rez, and there’s times where I don’t feel comfortable identifying how I identify, even though it’s common, more common than people know, to identify this way. We’ve had so many years of Catholicism, Christianity, residential schools. There’s so much stigma.

So many people in our community—even cisgender people—are limited by that stigma. My dad used to be like, Well, I’m a man. I have to be a masculine man, but I grew up without my mother for the majority of my life, so eventually he realized he had to take on other roles—he couldn’t just be a manly man. He had to become more fluid. Now, he can talk with me without hesitation about his sexuality and gender and growth. It was really nice to grow up with his gender fluidity as an influence.

If we’re really going to transform our conversations about gender and sexuality, we have to start with safety, with confronting stigma. We need resources for Two Spirit and LGBTQ+ people distributed locally. We need more safe spaces—chat rooms and websites that are comfortable and validating for young people.

There are initiatives that give me hope. Recently, I heard our Eight Northern Pueblos talking about missing and murdered Indigenous women, and they included Two Spirit people as well. It’s nice to see that kind of representation. The young people also inspire me. We’re really pushing through boundaries. Even as social media can be harmful and hard to navigate, it offers one big benefit—seeing each other, educating each other, growing as a community. Even so, there can be times when things feel really lonely, when even with an online community, it’s easy to wonder if we’re alone with our identity. I’ve especially felt this way over the past year, when we’ve all been stuck in our rooms, in our literal small boxes. I just hope anyone who reads this knows that you don’t have to be alone in a single, unchanging identity box. There are people out there who are asking the same questions about identity, who are also trying to break through those boundaries and out of those boxes. We’ll do that work together.